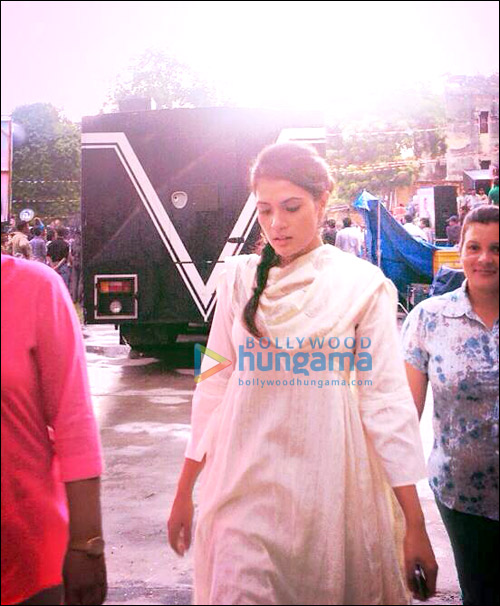 For some time now, the rumour mills have been buzzing about Richa Chadda being roped in to play Paro in Sudhir Mishra's adaptation of the classic Devdas. Now after weeks of speculation, the development has been confirmed.

In fact the actress whose next release Tamanchey will be hitting screens in October has already begun shooting for the film. Bollywood Hungama came across this image of Richa as Paro on sets of the film that is currently in its first schedule in Lucknow. The said shoot will last for over a month in the city of Nawabs, where the cast and crew have been put to a rigorous task to finish the first schedule with Richa before the rest of the cast arrives.

Based on Sarat chandra Chatterjee's novel, Sudhir Mishra's adaptation of Devdas will be yet another in the long list of films already made on the same.