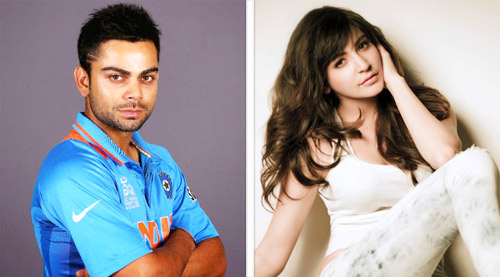 While it took a long time for Anushka Sharma to come out in the open and accept her relationship with cricketer Virat Kohli, soon rumours of 'trouble in paradise' started doing the rounds. The actress, however, became a victim of social media trolls recently after Virat Kohli was appreciated for his record breaking performances during the ongoing matches for T20 World Cup on social media. Miffed with the haters who have been accusing Anushka Sharma for the losses and gains of Virat Kohli in cricket matches, the cricketer took to social media to 'Shame' them.

Posting a picture on his Instagram page which read 'Shame' in bold letters, Virat added, "Shame on those people who have been having a go at Anushka for the longest time and connecting every negative thing to her. Shame on those people calling themselves educated. Shame on blaming and making fun of her when she has no control over what i do with my sport. If anything she has only motivated and given me more positivity. This was long time coming. Shame on these people that hide and take a dig. And i dont need any respect for this post. Have some compassion and respect her. Think of how your sister or girlfriend or wife would feel if someone trolled them and very conveniently rubbished them in public. #nocompassion #nocommonsense"

He also shared the same on his Twitter handle saying, "Shame on people for trolling @AnushkaSharma non-stop. Have some compassion. She has always only given me positivity."

All may not be well on this paradise but his supportive words on social media have earned him respect from several fans.