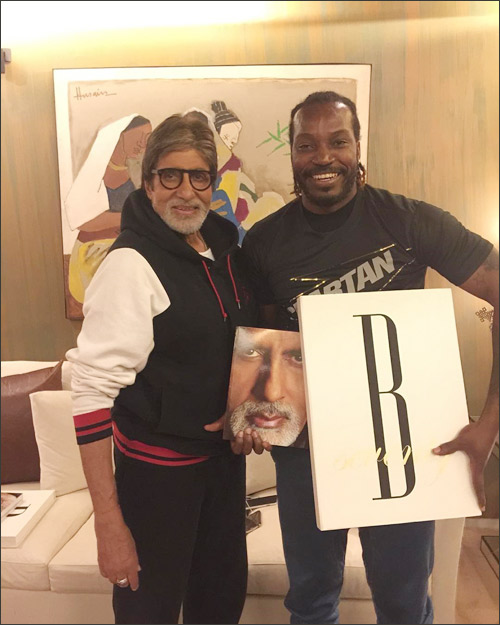 Earlier we had reported that West Indies cricketer Chris Gayle had expressed his respect for the legendary actor Amitabh Bachchan, when he sent the latter an autographed bat.

Well the on field big hitter Gayle recently took time out from the on-going T20 World Cup to meet the megastar in person.


In fact, Gayle dropped by the Bachchan residence to meet the man himself self. Later posting images of the meet on his facebook profile Bachchan added, "Chris Gayle pays a visit home ... did not

know he was a fan .. I was my best behaved and politest .. hoping he would pay back the compliment when we play them on Thursday .. hehe .."

Adding a similar image on his Instagram account Gayle added, "What an absolutely legend, @amitabhbachchan Thanks for the invite and hospitality at your home, thanks also for the books. The boss


Back on the field, India is set to take on West Indies in the semi-finals of the ICC World Twenty20 to be played at the Wankhede Stadium in Mumbai on Tursday.