Varun Dhawan is busy with the shooting schedule of Street Dancer 3D. The film stars Shraddha Kapoor and is being helmed by Remo D'Souza. The dance film will have a lot of new flavour as the ABCD 2 crew reunites in this one. Even during the hectic schedules, the team of Street Dancer 3D knows how to have a gala time. The cast and crew are currently shooting for the second schedule in Dubai. 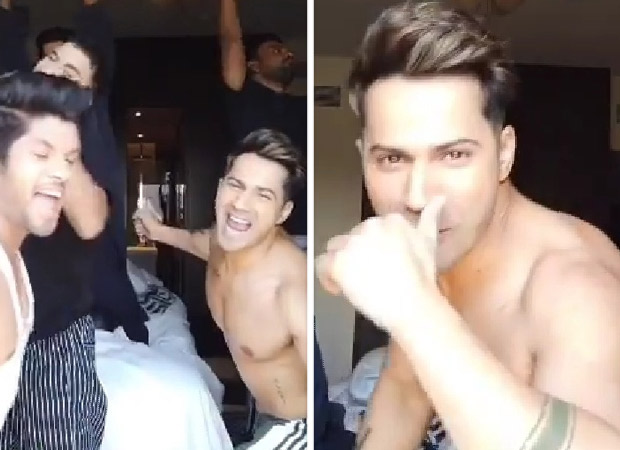 Varun Dhawan, on Tuesday morning, shared a video with dancers and choreographers Raghav Juyal, Dharmesh Yelande, Kuldeep Shashi, Pravin, Sushant Pujari, Gabriel D'Souza who are also starring in the film. They kick-started their morning with rapper Emiway's latest hit track, 'Machayenge'. All the guys are were grooving the beats of the song in their hotel room. Varun captioned the video, "Waking up every morning on #streetdancer apna crew."