Akshay Kumar announced his next period drama based on Prithviraj Chauhan where he will be portraying the protagonist’s role, on his Instagram, a couple of months ago. The actor was honoured to have the opportunity to portray the legendary king on-screen, titled Prithviraj. Earlier today, it was confirmed that former Miss World, Manushi Chhillar has been roped in to play his leading lady. 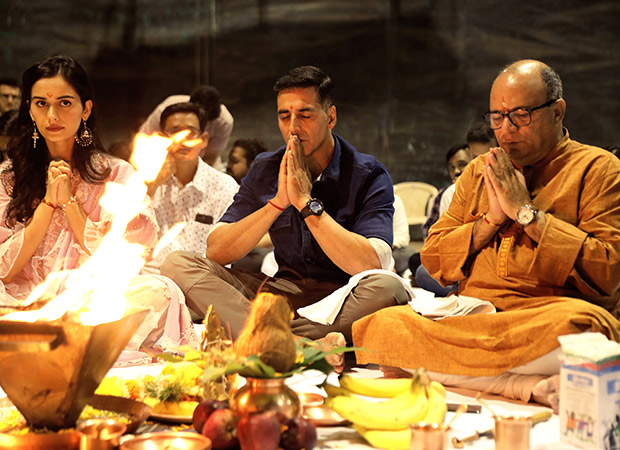 Marking her Bollywood debut under the YRF banner, Manushi couldn’t be happier to play Sanyogita on screen. Akshay Kumar took to his Instagram to share a video from a ‘havan’ that they performed before beginning the film. He posted the video with the caption, “Here's to auspicious beginnings ???? Stepping into the world of #Prithviraj. In theatres #Diwali2020! Need your love and best wishes as always. @manushi_chhillar #DrChandraprakashDwivedi @yrf”

Here's to auspicious beginnings ???? Stepping into the world of #Prithviraj. In theatres #Diwali2020! Need your love and best wishes as always. @manushi_chhillar #DrChandraprakashDwivedi @yrf

The movie is under Yash Raj Films’ banner and is being directed by Dr. Chandraprakash Dwivedi. Slated to release on Diwali 2020, Prithviraj will surely be another golden feather in Akshay Kumar’s hat.