In July this year, actor Rahul Bose, posted a picture of the bill for two bananas he ordered for in a five-star hotel in Chandigarh. Now, it is Bollywood music composer Shekhar Ravjianii's turn to pay a huge amount for small things. 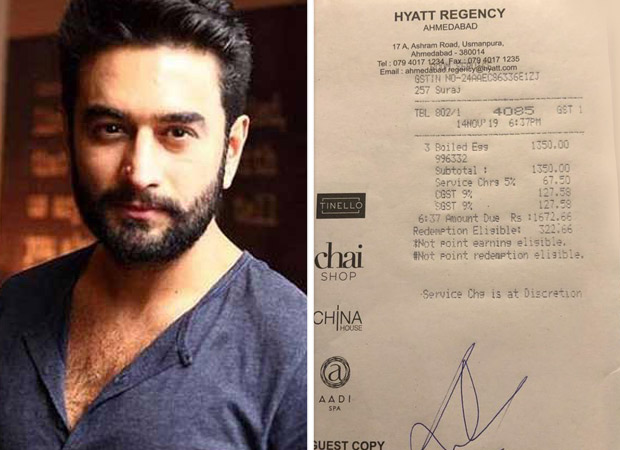 In a tweet, the composer posted on Thursday evening, Ravjianii attached a bill that shows Rs1672 as the cost of three egg whites. He tweeted, "Rs. 1672 for 3 egg whites? That was an exorbitant meal!”

Shekhar Ravjianii is a part of the famous music composer duo of Bollywood Vishal-Shekhar. He started his career in music composing in the year 1999 with ‘Pyaar Mein Kabhi Kabhi’ and has made music for films such as Bluffmaster, Om Shaanti Om, Happy New Year and recently for War. He also starred in Sonam Kapoor starrer Neerja.

Meanwhile, Twitter users had hilarious reactions to Shekhar's post. Some suggested the composer to go to a local shop where they can purchase an egg for as less as Rs 6.

Here are some of the reactions: