Shoojit Sircar is all set to present Varun Dhawan in an unconventional avatar in his forthcoming film October. While the trailer showcases the unusual plotline of the film, what has also attracted attention is the role of Varun as Dan. On the other hand, we have heard that Shoojit Sircar along with the Gen Y star seem to take an extra mile to retain authenticity. 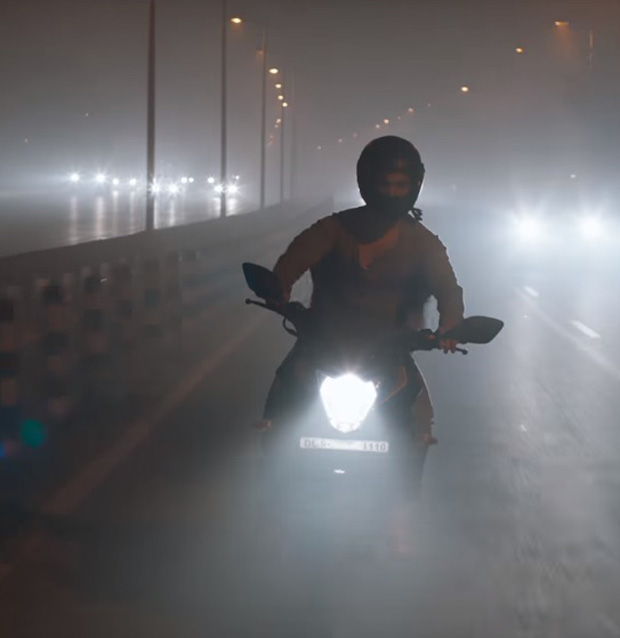 In the past too, we have come across many examples where the director-producer is taking efforts to keep it real. For October, the director asked Varun Dhawan to keep his entire presence as natural as possible. Also, it is a known fact that the film has extensively been shot in Delhi and had the actor use a bike for transport in the film. He was required to ride a bike for 3 hours non-stop on the Delhi Highway in the peak of winter.

While the actor knows how to ride a bike, he was very nervous as he hasn’t ridden a bike on a highway let alone on the roads of Delhi. Shoojit Sircar briefed Varun Dhawan the requirements of the shot and the actor, setting aside all him qualms got on the bike and took off on the highway.

Speaking on the same, Varun Dhawan shared, "I was first time riding a bike on the highway that too 4 at night. Shoojit dada wanted a long journey so I was riding for a good 3 hours in the winter with trucks around me. I was scared but didn’t want to disappoint him and also didn’t want a stunt man to ride it for me"

Yes, in fact, Varun Dhawan has in the past has also confessed about practicing errands in a hotel owing to his role in the film. He had spent time learning the tasks of a Hotel Management Student in a real hotel where he trained for washing, cleaning and cooking etc.

Produced by Ronnie Lahiri and Sheel Kumar, October marks the acting debut of Banita Sandhu. The film is set to release on April 13.