Varun Dhawan and Katrina Kaif were expected to come together on the big screen with the Remo D’Souza film Street Dancer 3D. However, fans were quite disappointed when the actress walked out of the film due to its dates clashing with Bharat. While the makers have moved on to get Shraddha Kapoor on board, the friendship between Varun Dhawan and Katrina Kaif continues. Varun has never shied away from the fact that he is fond of the actress and recently he had a rather interesting revelation to make about his friend on Pinch hosted by Arbaaz Khan. 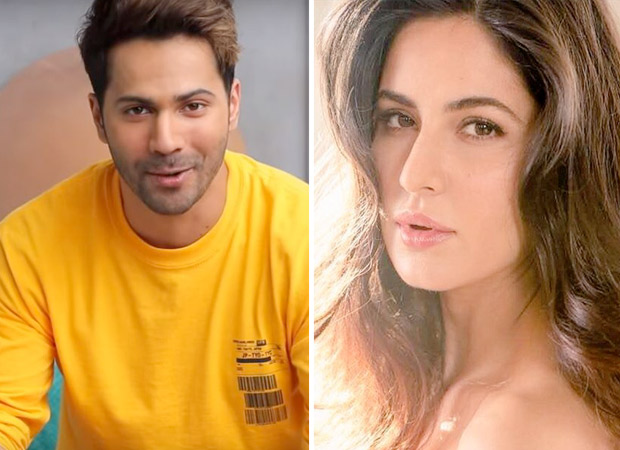 The new show called Pinch, hosted by Arbaaz Khan, deals with social media and its pros and cons. The said chat show has hosted many A-list celebs including actresses like Kareena Kapoor Khan and Sonakshi Sinha. Varun Dhawan, who is in the midst of promoting Kalank, recently was a guest on the show and spoke about the love and trolls that he has received on social media. While tackling those subjects with ample candor, the actor also had a few interesting answers to give when he was asked about his friends, especially Katrina Kaif.

When Varun Dhawan was asked who has a much more interesting life on social media than their real life, the actor replied that it is Katrina Kaif. The actor went on to say, “She is new on social media and seems to be someone who is having a lot of fun with great pictures and sense of humour.  In real life, Katrina is all about work. She is a horse with blinkers on. Except when she is hungry and wants to eat something. Even then, she eats like a horse!”

Besides these, Varun Dhawan also clarified on his relationship rumours with Alia Bhatt and spoke about his relation with real life girlfriend Natasha Dalaal. The actor is now gearing up for the multi-starrer Kalank which also features Alia Bhatt, Sonakshi Sinha, Aditya Roy Kapur, Sanjay Dutt and Madhuri Dixit. The film is expected to release on April 17.

Also Read: Varun Dhawan REACTS on being snubbed at award shows for his performance in October