Last Updated 07.07.2020 | 10:11 AM IST
feedback language
follow us on
Home » News » Bollywood Features News » Bollywood News Varun Dhawan just got the SWEETEST gift from his fans and it has a Natasha Dalal connection! [watch video]

While the rumours of the Varun Dhawan - Natasha Dalal wedding continue to create buzz in news reports, the actor has been busy with work commitments. He is currently busy working on Street Dancer 3D and he was accompanied by co-star Shraddha Kapoor. While he was on his way to his car after completing the said commitments, the actor was thronged with fans around and what more they had a special gift that not only made the actor happy but it will also make his ladylove Natasha happy! 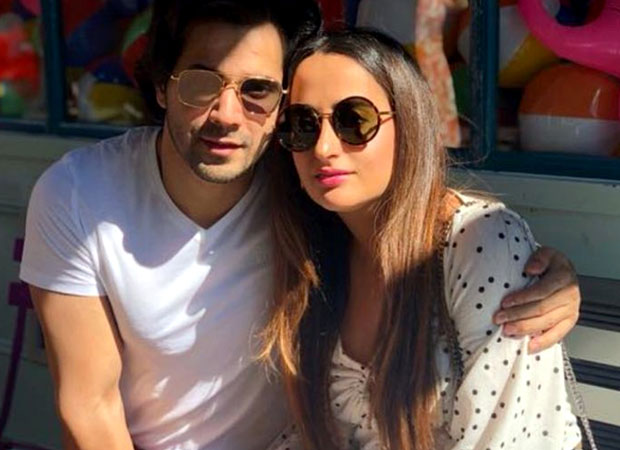 A recent video featuring the sweet gesture of Varun Dhawan fans have gone viral on social media. The said video featured the actor almost in a hurry to leave the premises and he had already got into the car, when he saw all his fans around him. He not only stopped but he also interacted with them and that’s when they surprised him with a collage of photos featuring him and Natasha Dalal. Besides him, his Street Dancer 3D leading lady Shraddha Kapoor too received a sweet welcome by all her fans who were standing outside waiting for her.

Coming to Street Dancer 3D, the film reunites the ABCD 2 team with Remo D’Souza directing it and Prabhu Dheva too being a part of it. While certain actors of the ABCD franchise like Dharmesh Yelande and Raghav Juyal were retained, dancers like Shakti Mohan will be making their acting debut with this film. The film also stars Nora Fatehi in a key role. Produced by Bhushan Kumar, the film is expected to release on November 8.

"We are in it together and I must also be…