Last Updated 16.10.2021 | 8:02 PM IST
feedback language
follow us on
Bollywood Hungama » News » Bollywood Features News » Tahira Kashyap CONFESSES that she had given up on her marriage with Ayushmann Khurrana!

We all know the tough battle of Tahira Kashyap with cancer and she emerging victorious was not only the biggest moment of her life but also Ayushmann’s life. The star wife has also maintained that she gives complete credit to her actor-husband Ayushmann Khurrana for standing by her. But there was a time when their marriage was under rocks and Tahira had some important revelation to make about it in recent reports. 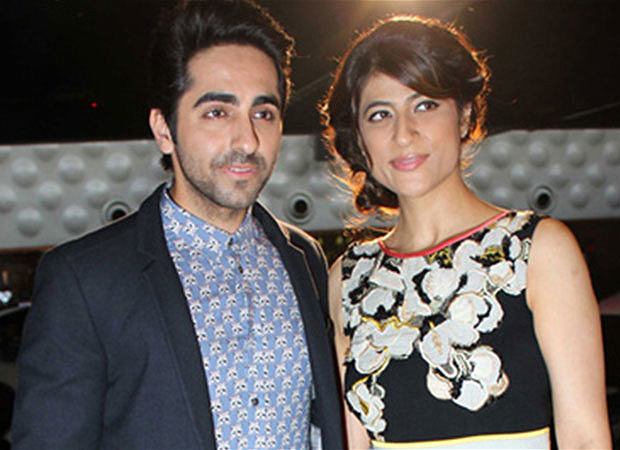 In an interview, Tahira Kashyap wholeheartedly spoke about her life, her journey with Ayushmann Khurrana and what prompted her to take up direction. If that wasn’t all, she also spoke about the time when her husband made his acting debut with Vicky Donor and how she was quite angry with the concept of an onscreen kiss. In this candid conversation, Tahira mentioned that she came from a middle class family with a completely different upbringing and didn’t understand the tricks of this trade.

Tahira Kashyap reminisced about the release of Vicky Donor as she mentioned that she was pregnant at that time and about her hormones were going up and down. That’s when she came across the onscreen kiss of Ayushmann Khurrana and she was quite upset about it. She honestly confessed that she had a huge problem with it then! However, she stated that they as a couple probably lacked patience at that time because they were young. She revealed that neither of them had the patience to deal with the situation and hence, there was a disconnect of sorts! However, she immediately added that they both had trust in each other somewhere deep down and that they eventually evolved as people.

Tahira also maintained that they have faced many ups and downs in their relationship wherein there was a point of time where she had given up on marriage but Ayushmann never did! She concluded that considering the long journey that they have taken as a couple, along with cancer being an important part of it now, they are at their happiest and strongest best right now!

Also Read: Ayushmann Khurrana REVEALED that he got to know about wife Tahira Kashyap’s cancer diagnosis on his birthday