Arjun Kapoor, who was busy performing and enjoying the 19th edition of IIFA Awards 2018 in Bangkok, returned on Monday morning to kick-start his 33rd birthday celebrations. And what better way than celebrating it with your family. Arjun's sisters, Janhvi Kapoor, Khushi Kapoor, and dad Boney Kapoor arrived at his residence to celebrate the birthday at midnight. Last night, a couple of Arjun’s close friends and family members came for an intimate dinner party. His sister Anshula Kapoor was by side while he cut a couple of cakes. 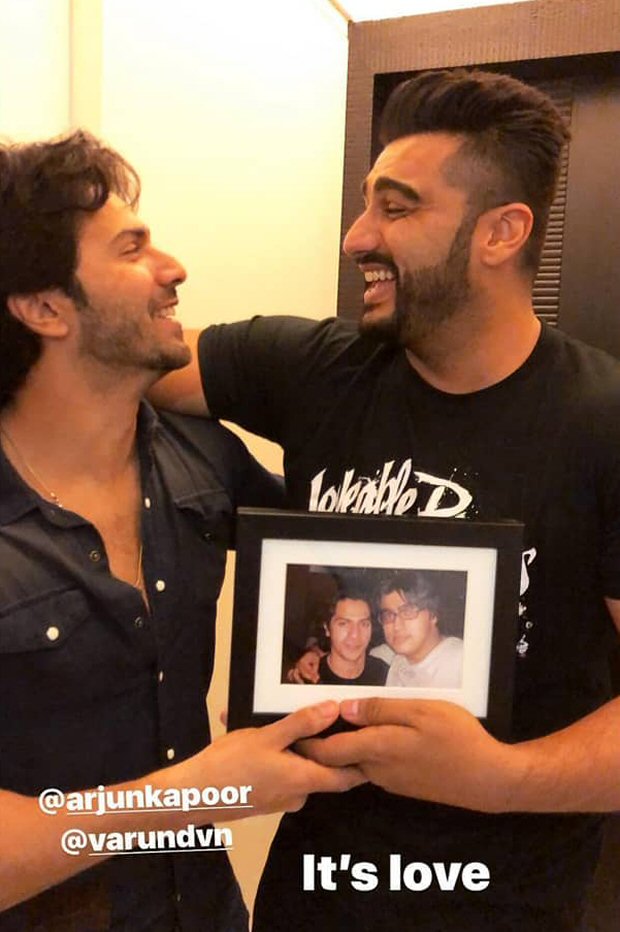 Varun Dhawan arrived at Arjun Kapoor’s residence along with his girlfriend Natasha Dalal. He was seen goofing around with the birthday boy. Casting director Shanoo Sharma, who was also one of the party people, shared a couple of pictures of the duo sharing a laugh with a throwback picture frame in their hand. The picture seemed like from the teenage days. Sikander Kher, Arjun’s cousins Mohit Marwah and Harshvardhan Kapoor, and couple of other friends shared cake cutting videos on their Instagram stories. 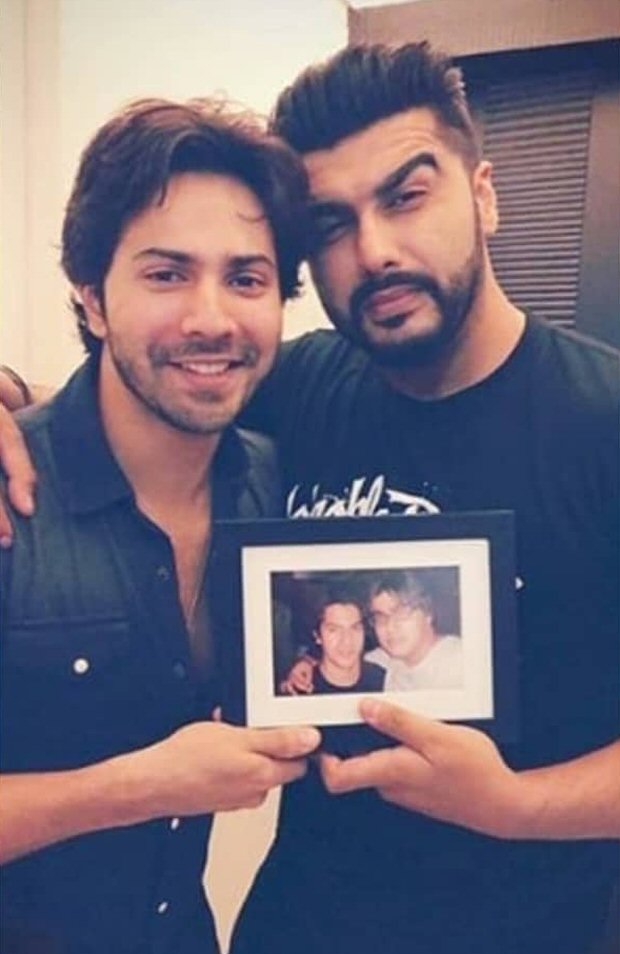 In the evening, Arjun came out of his residence with his dog Maximum to pose for the awaiting paparazzi. Not only did he pose for them, he also cut a cake which was brought by a group of fans. The fans were absolutely delighted to see their favourite as Arjun was happy to see them. 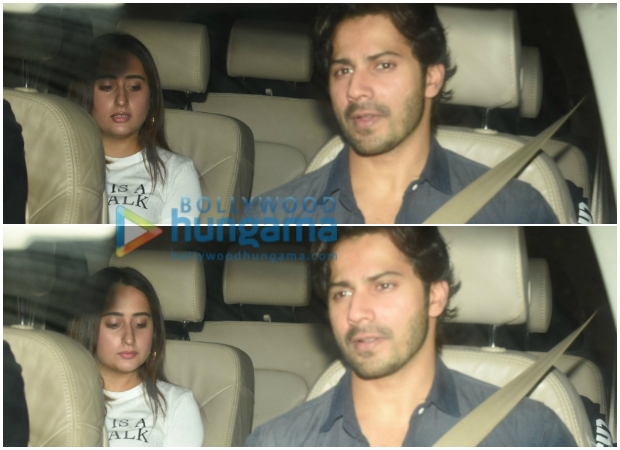 Arjun Kapoor was seen dancing on Sonam Kapoor’s hit number ‘Tareefan’ from Veere Di Wedding last night with a friend. At the party, Badshah was also present who is actually a collaborator on the song. 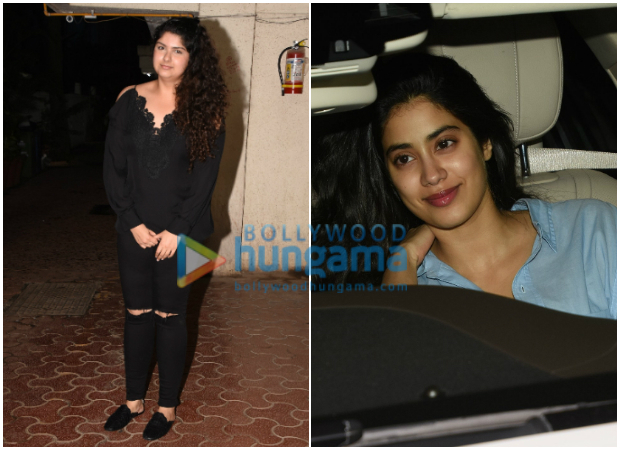 Earlier in the day, Arjun Kapoor’s sister Anshula took to her Instagram to share a lovely photograph from their childhood and wrote a heartwarming birthday message for her elder brother. "Happy birthday Bhai ❤️ You are genuinely the kindest, most hardworking, strongest & funniest person I know, with the biggest heart. You’ve always been our “protector” & my anchor in more ways than one - my steadfast support, my shelter from the storm, my strength & my emotional cornerstone. I will always be grateful that you’ve been with me through it all, making sure we are strong enough to withstand anything & that we will always come out on the other side unscathed. Always continue marching to your own beat, because we wouldn’t have you be any other way❣️love you to infinity @arjunkapoor #MyNumeroUno #AlwaysByYourSide #BlessedWithTheBest #HeartAndSoul #MostFavorite #JuniorKapoors #OmgLookAtThoseEyes," she wrote. 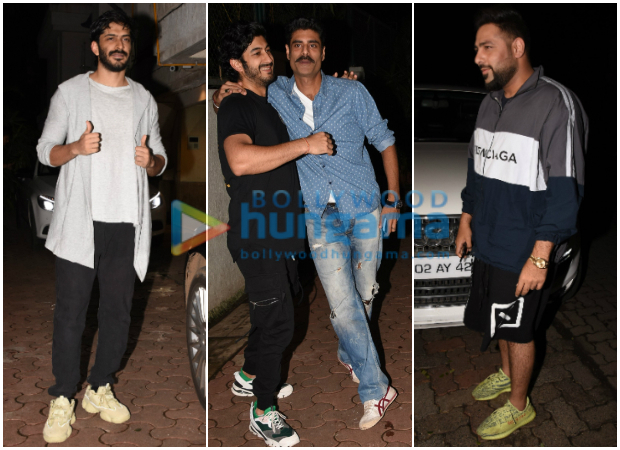 On the work front, Arjun Kapoor will be seen in Namaste England with Parineeti Chopra. The film is set for Dussehra 2018 release. He will be seen in back to back films – Sandeep Aur Pinky Faraar which also stars Parineeti opposite him. It is helmed by Dibakar Banerjee and is slated for March 2019 release. He will begin shooting for Rajkumar Gupta’s India’s Most Wanted soon and Ashutosh Gowarikar’s Panipat in November. 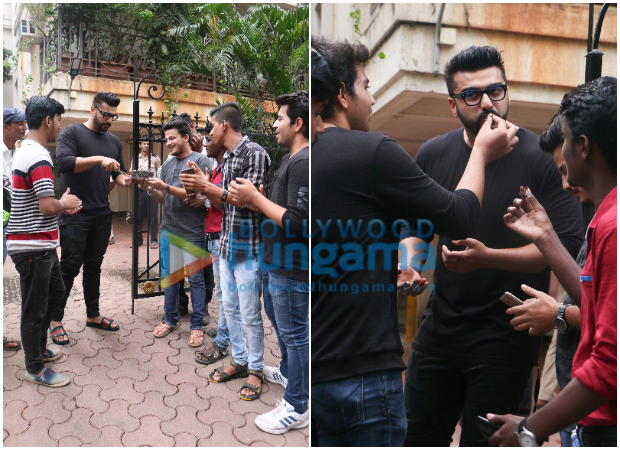 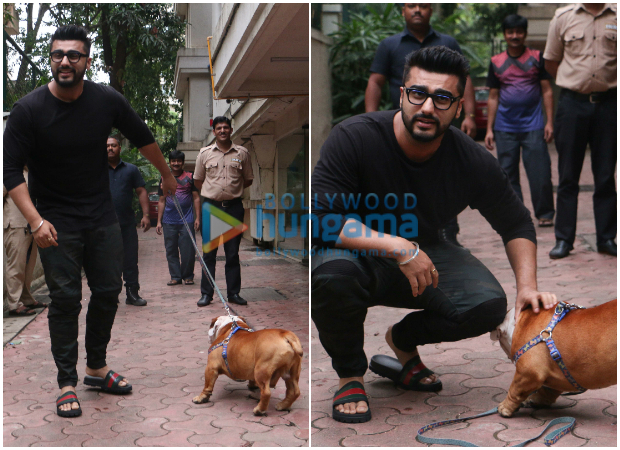 Also Read: Arjun Kapoor REVEALS about what is special for his birthday this year