Arjun Kapoor turned a year older today. Considering that his entire family hails from the industry, everyone despite their busy schedules will be taking out time for the 2 States actor. On this special day, Arjun Kapoor also spoke about his plans of how he wants to celebrate the occasion. 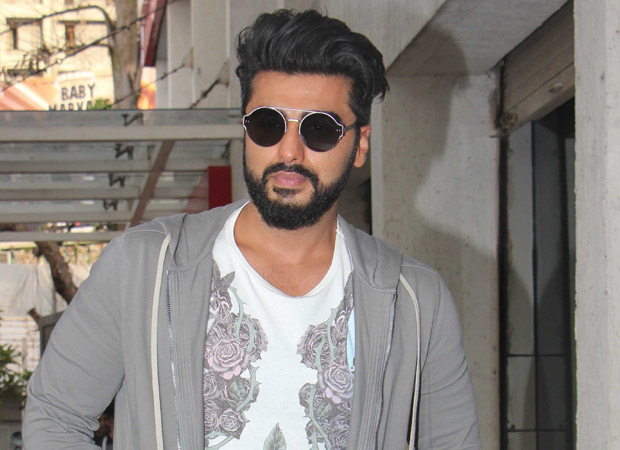 Even though he is turning 33, Arjun Kapoor wants to keep it an intimate affair. If there is something that he is keen on doing then it is planning a dinner with his family. He mentioned that his entire family which includes father Boney Kapoor, his grandmother, his sisters Anshula, Janhvi and Khushi, everyone is in town. He also added that he has just redone his home interiors. So he would like to use this occasion to invite some of his friends for a small bash at his renovated residence.

Yet another intriguing fact about birthdays that Arjun Kapoor revealed is that he loves birthday parties. Getting nostalgic, he stated that he would often dress up as superheroes as a kid and would throw bashes for his friends. He would discuss the same with his mother Mona Kapoor [who is no more]. Birthdays would often be like a big event that would be planned for days together. Describing a couple of his birthday parties, Arjun mentioned that it would often be a film screening at a private theatre followed by lunch, probably because his birthday arrived during monsoons. He expressed that he liked planning birthdays as if it were an award show and it hasn’t changed even now.

Another lovely fact about birthdays for Arjun Kapoor is an excuse to eat cakes. The actor confessed how much he loves cakes and he mentioned that he often advices his sisters Anshula and Janhvi about eating as many cakes as they want on birthdays. He likes to gorge on the delicacy and will be indulging in it even today.

Arjun Kapoor concluded his thoughts on birthday by stating that he likes it when birthdays are not just entertaining for his friends but also for himself. He likes to put his hair down for such functions and is a perfect ‘bahana’ for hosting a party.

On the work front, Arjun Kapoor revealed that Namastey England, Sandeep Aur Pinky Faraar and India’s Most Wanted will release before his next birthday. However, besides the three films, the actor has also signed the period drama Panipat which features Kriti Sanon and Sanjay Dutt.