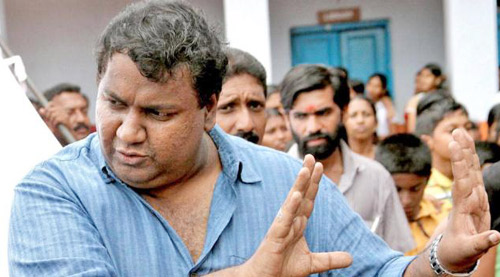 Only 41 year old, director Rajesh Pillai passed away this morning. As per media reports, he was suffering from liver cirrhosis and had been undergoing treatment for quite some time. Incidentally he followed the adage of dying with his boots on, what with his last film Vettah [Malayalam] hitting the screens yesterday.

His dream to see the release of debut Hindi affair Traffic remains unfulfilled. Launched in 2013, the film boasts of a unique cast comprising of Manoj Bajpayee, Jimmy Sheirgill, Prosenjit Chatterjee, Parambrata Chatterjee, Sachin Khedekar and Divya Dutta. Remake of his own Malayalam film Traffic [2011], the Hindi affair went through some production hassles, though it was announced for release a couple of times in 2014 and 2015 as well.

The film is a thriller has its core centered on a heart transplant where a harvested heart needs to be transported 150 kilometers away in less than two hours during peak traffic hours. This is where Manoj Bajpayee, playing a traffic constable, comes into picture who enables a smooth transfer through a green corridor.

The film is based on a real life incident that happened in Chennai a few years back.

Manoj Bajpayee, who is currently elated with the rave reviews coming his way for another critically acclaimed film Aligarh, was in for a rude shock when informed of the news. Terming Rajesh as a 'gentle soul', he expressed his grievance over social media.

While there is no certainty yet on the eventual release plans for Traffic, one hopes that the late director gets his due soon, now that he has left for heavenly abode.