After giving two back-to-back hits in 2020, Bollywood actor Tiger Shroff returned to the silver screen with Heropanti 2 in 2022. However, the highly-anticipated film failed to cast its magic at the box office. The action-drama closed its account with less than Rs 50 crores in its bag. Though the makers and the star cast remained tight-lipped on Heropanti 2’s poor performance, Tiger has finally broken his silence. 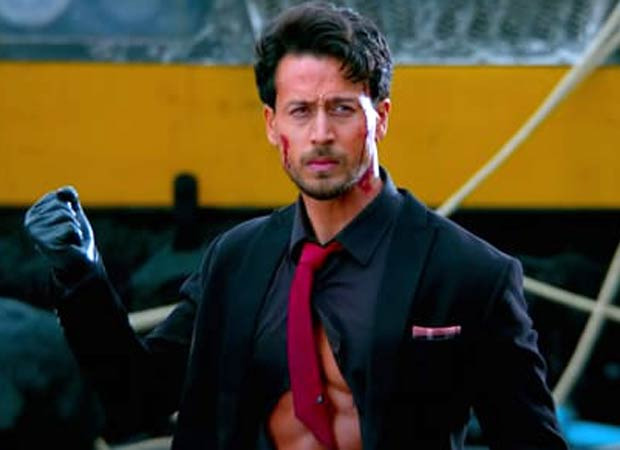 Tiger Shroff drops an unfiltered answer for poor performance of ‘Heropanti 2’; have look at his hilarious response

Interestingly, on Saturday, the Baaghi actor took to his social media handle and hosted an Ask-Me-Anything session on his Instagram. The actor gave answers to a bunch of questions asked by his fans and followers. One among them asked Tiger, “Heropanti 2 karke aapko kaisa laga (how did you feel after doing Heropanti 2)”. In his response to the query, the actor wrote, “it was a lot of fun before the film's release, but not after the release”, in Hindi. 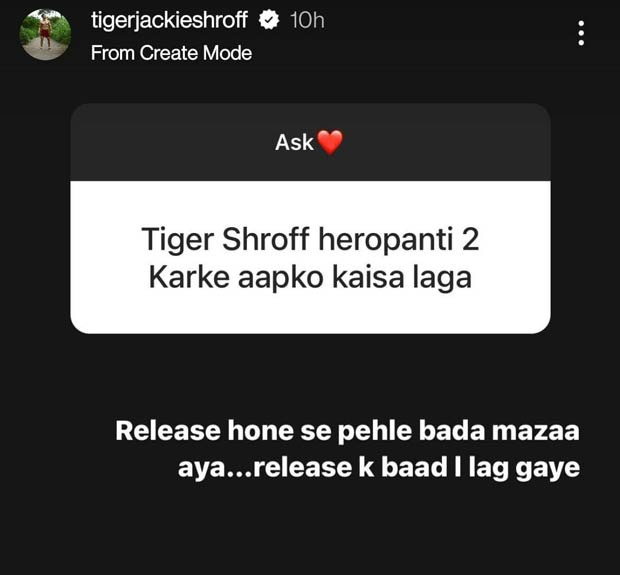 For the unversed, the Ahmed Khan directorial was the sequel of Tiger’s debut film, which also marked the debut of Kriti Sanon. Whereas, the sequel featured Tiger’s SOTY 2 co-star Tara Sutaria as the leading lady. Meanwhile, Nawazuddin Siddiqui was seen essaying the antagonist named Laila.

An expert from the Bollywood Hungama review of Heropanti 2 read, “the back and forth narrative is not put together well and the film is riddled with unexciting and senseless sequences”.

Coming to the professional front, the 32-year-old actor will be next seen in Ganapath. Directed by Vikas Bahl, the upcoming film is slated to release on December 23, 2022. Along with this, he has interesting projects in his kitty including Screw Dheela and Bade Miyan Chote Miyan, among others.