While we inch closer to the festive season, Colors’ Mahasangam of ‘Jhalak Dikhhla Jaa 10’ and ‘Khatron Ke Khiladi 12’ brings in its own celebrations with an unlimited dose of entertainment. The crossover will witness the epic blend of dance and danger much to the delight of the viewers. As Khatron Ke Khiladi 12 edges towards the finale, its host Rohit Shetty along with finalists Tushar Kalia and Jannat Zubair, joins forces with the most loved celebrity dance reality show. The twist in the Mahasangam is that the contestants of Jhalak Dikhhla Jaa must present a dance performance in the Khatron Ke Khiladi style. Getting a ‘perfect 30’ and the ‘Golden Chair’ will become even more difficult as each contestant will struggle to overcome the challenge posed by Rohit Shetty during their act. This exciting collaboration will become merrier when audiences will see Rohit Shetty bantering with judges Karan Johar, Madhuri Dixit Nene, and Nora Fatehi. 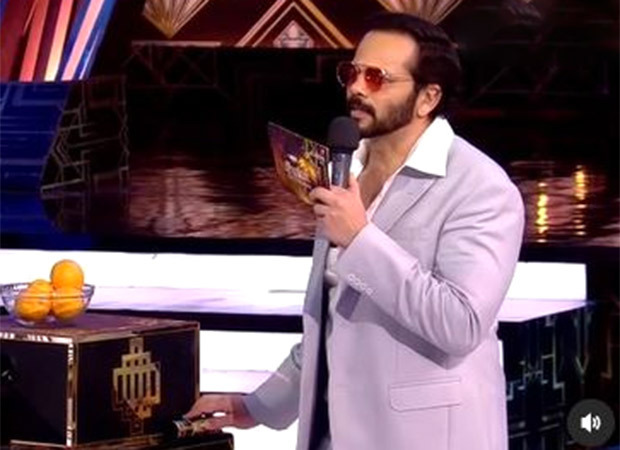 In an episode full of drama, dance, and danger, Nia Sharma, Gashmeer Mahajani, Rubina Dilaik, Niti Taylor, Zorawar Kalra, and Faisal Shaikh incorporate the ‘Khatra’ elements in their performances. Internet sensation Jannat Zubair and choreographer Tushar will be seen performing an aerial act in the ‘Khatra’ style. From dancing on dangerous rostrums to a rotating stage, this episode definitely won’t be leaving any stone unturned to keep its audiences hooked. 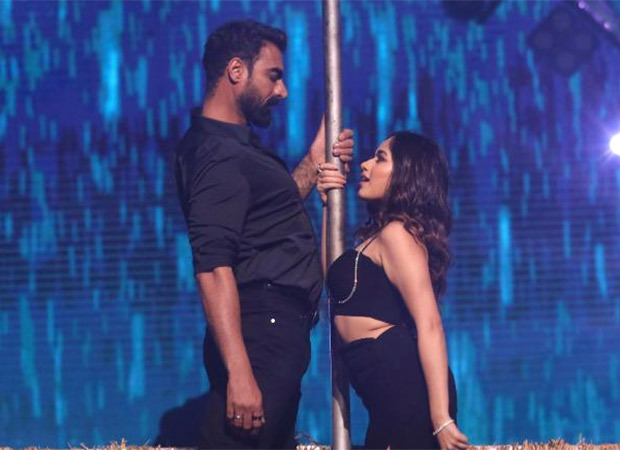 Gashmeer Mahajani will be seen performing a dangerous yet admirable dance over the rostrum. In fact, judge Karan Johar was impressed by his performance and said, “Rohit Shetty is the king of khatra and this setup looks like Khatron Ke Khiladi has just walked into Jhalak Dikhhla Jaa. You ate the entire stage; it is a pleasure to watch you perform.”  To add to that, Madhuri Dixit Nene shared, “We could see glimpses of SRK in you.” Rohit Shetty too joined the panel and appreciated his strength and even went on to offer him the next season of Khatron Ke Khiladi. He asked, “You completely nailed the challenge. Will you do Khatron next year?”

Rubina too took up the challenge and performed an aerial act with a blindfold, which slipped in the middle of her act. However, the boss lady continued her performance by closing her eyes and completed the entire act. Praising her presence of mind, Rohit Shetty said, “I am proud of you and it was great to see you performing the entire act with closed eyes. You did not stop and that makes me feel good about you.” Karan Johar said, “That ‘act of impulse’ was required here. Great work Rubina! You, like a good student, kept your eyes shut and this defined your character.”

Jhalak Dikhhla Jaa 10 airs on Saturday and Sunday at 8 pm on Colors.