One of the most awaited films of 2018 is Thugs of Hindostan starring Amitabh Bachchan, Aamir Khan, Katrina Kaif and the newbie Fatima Sana Shaikh. The cast is leaving no stone unturned in the shooting of the film as it is touted to one of the biggest movies of the year. 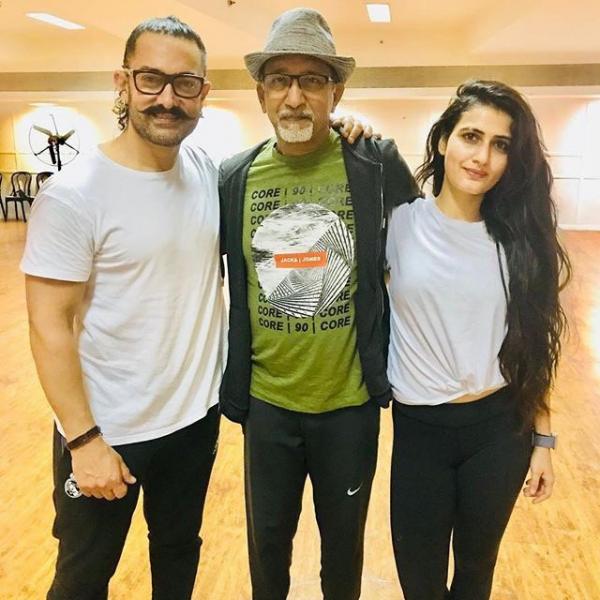 Just a month ago, Prabhu Dheva choreographed a stellar number for Katrina Kaif and Aamir Khan. He even choreographed a number for Amitabh Bachchan and Aamir. On Sunday, we came across a picture of Aamir and Fatima Sana Shaikh which was a post-rehearsal photograph. The duo was rehearsing for the title track of Thugs of Hindostan. Twinning in black and white, the duo was all smiling in the picture.

Aamir Khan and Fatima Sana Shaikh are working together in their second film. Fatima starred in the blockbuster Dangal, the biopic on Mahavir Singh Phogat and his daughters, in which she played Aamir's daughter Geeta Phogat.

As for this film, it is directed by Vijay Krishna Acharya. Thugs of Hindostan is slated to release on November 7, 2018.