Ever since Brahmastra director Ayan Mukerji came on Instagram, he has been on a photo sharing spree reminiscing about his assistant days. The filmmaker recently shared a photo from the mahurat shot of Shah Rukh Khan's Swades which had Aamir Khan in attendance. Now, he shared yet another moment with SRK which is endearing. 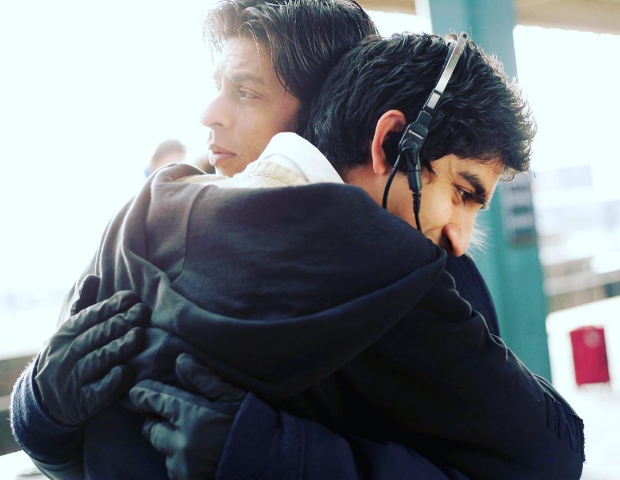 Calling Shah Rukh Khan his inspiration, obsession and idol, Ayan Mukerji shared a photo of himself hugging SRK and wrote, "Inspiration. Obsession. Idol. My single biggest love at the movies through my entire childhood and teenage years, leading up the highlight of my 2 assistant director experiences - Swades and KANK [Kabhi Alvida Naa Kehna] - which was that I got to be in the presence of Shah Rukh Khan. And when I got very lucky, to be a stand in with him for blocking scenes (This photo is framed and put up in my house by my mother who considered it the height of my achievement obviously)."

He added, "The joys of those early years when I was an AD, fresh in the industry, interacting with everyone for the first time - sometimes I wish I could go back to the innocence of that time...#lookingback #connectingthedots #SRKlove."

Ayan Mukerji has been treating fans with Brahmastra pictures which stars Alia Bhatt and Ranbir Kapoor. The first in the franchise, it is set for Christmas 2019 release.