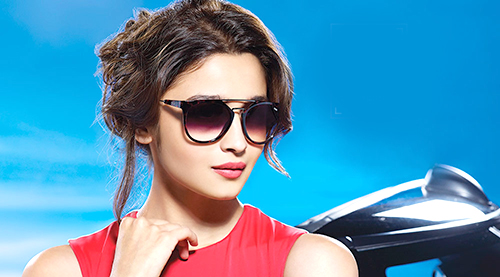 Alia Bhatt is all of 20 now but the actress was not even 18 when she kickstarted the shoot for her debut film. And this time for her 23rd birthday, the actress will be shifting to her new pad in Juhu, away from her parents' residence.


Though she is the blue eyed girl of her father and filmmaker Mahesh Bhatt, he seems to have extended his complete support to his daughter's decision. While he claims this to be one of his happiest moments which is to see his daughter grow, the actress' friends too are thrilled with this decision. The Ranjan sisters, Anushka and Akansha who are Alia's childhood buddies revealed that the actress is also planning a big bash - a housewarming plus birthday party. The actress will be away on her birthday, that is, March 15 for the promotions of her upcoming film Kapoor & Sons and once she is back, a Bollywood themed party is being planned to celebrate both the occasions.


Talking about her new house in a recent interview for a magazine, Alia revealed that she designed it in the 'New York loft' style which she found the most attractive. "The vibe is that of a New York loft - really cosy and not too modern. The walls are all exposed bricks and the windows are boxy. I'm trying to get a retro Smeg refrigerator and a lot of neon signs for the walls, so it'll have a cool vibe," added the actress.


Alia Bhatt's apartment, according to Anushka, is only a short walk away from her current residence which is located in Juhu too.