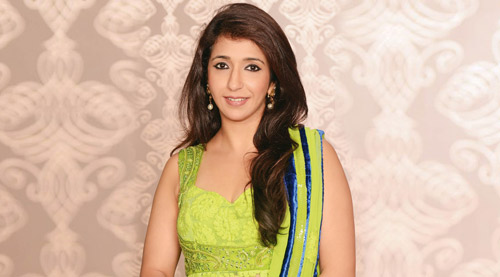 Ever since the launch of its promo around a month back, there was good excitement created by Phuntroo. A Marathi sci-fi flick that is set in a campus, the film is an urban tale of a youngster who finds love in the most unexpected of places. The film has released over the weekend gone by and has managed to find good critical and commercial response coming its way. Directed by Sujay Dahake, the film marks the entry of producer Krishika Lulla into the world of Marathi films.


"Well, it was a big risk to step into this territory," acknowledges Krishika, one of the few female producers around who has been actively making films ever since she stormed into the scene with Anjaana Anjaani as a co-producer in 2010, "The endeavour is to ensure that nothing goes wrong. We had to keep all of that in mind. Since the core subject of the film is so challenging and hasn't been attempted ever before in Marathi cinema, we had to take that leap of faith."


The film stars Madan Deodhar (Balak-Palak) and Ketaki Mategaonkar (Timepass), popular names in Marathi cinema, and has a unique stage, setting and narrative as its strengths.


Considering the fact that she is continuing her stint with making Hindi films as well, what really made her invest further time, money and energy into making a Marathi film, when she could have possibly used the same resources to make another Hindi film?


"One should get out of the comfort zone," says Krishika, who is also gearing up for the release of her next Marathi flick which is interestingly titled & Zara Hatke, "Of course, it is a Herculean task to make multiple films and across languages. So far, whoever has seen Phuntroo has called and said 'thank you' to me for entering Marathi cinema. As a matter of fact, I have gone back and thanked them for giving me this honour to make a film in Marathi and accepting the vision that I carry for cinema here."


As for Hindi films, the experimental streak is set to continue for Krishika as she currently also busy with her two Hindi films - Banjo (Riteish Deshmukh, Nargis Fakhri) and Happy Bhaag Jaayegi (Abhay Deol, Diana Penty).