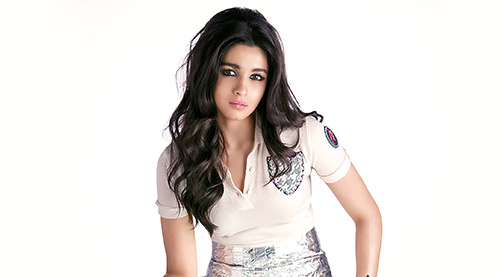 Being in her early 20s, Alia Bhatt though may not be the most intellectual actor on earth, but she is definitely an actress who has earned professional success and fans. Being considered as one of the youth icons, Alia is also extremely fond of social media networking sites and obviously she is a frequenter on Instagram.


In an interview to a leading magazine, when she was questioned if she ever searches for her or her colleagues on Google, pat came the reply that it is Instagram that according to her is the new Google. "Google is like for oldies. Instagram is the new Google", she said. Millions of followers follow their favourite celebrities on this picture sharing network where these popular stars update their fans all about their film promotions to travel plans to generic posts to personal moments. Alia Bhatt, who is a self-confessed Instagram lover, has over 5.3 million followers and her account is filled with pictures from her film's promotions, magazine covers to dubsmash videos to selfies with friends and lots more on food and her love for pets. As her co-star of Kapoor & Sons Sidharth Malhotra maintains, this generation creates their own new world within their smartphones. "It's a generational thing. People our age are always on the phone - Instagraming, Tweeting, Whataspping and because we are in this world we have to cater it," he added.


As generations move forward, this bunch of Gen Y stars are becoming more and more accessible to the world of fans. They can directly like/dislike images, posts of their favourite celebrities which also makes them believe that celebrities, too lead a normal life like any other.