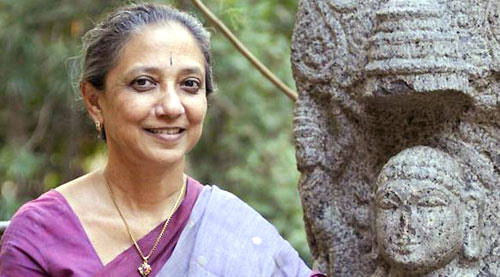 Matters pertaining to the CBFC have snowballed into a state of furious indignation?
Achcha... indignation... from which quarters?

To begin with the producers who are coming forward to accuse Rakesh Kumar of accepting bribes?
They were very happy with him until now. I'm sorry to say these producers are hypocrites. They seem to have opened up their repertoire of

grievances when things are in an actual mess. In the last three months when matters had gotten so messy no one raised even a 'choo'. Not one

producer called to complain before this (allegations of bribery against Rakesh Kumar). Now Mukesh Bhatt and all the other producers are calling

before Pankaja Thakur's tenure as the CBFC's CEO and they were happy with it until now. The truth is, the producers don't want to go through a

I feel somewhat sorry for Rakesh Kumar?
Yes, in some ways he is just a pawn. He was appointed by supposedly sensible people. I think the I & B Ministry and film industry should take

some responsibility for what has happened. They zeroed-in a man who was totally inappropriate for the job. This man was up for the game that

film producers wanted him to play. The producers on their part recognized in him just the guy they needed to get their job done by breaking rules.

This was just before the Lok Sabha elections when my tenure and the censor board's tenure were over. We were just hanging in there unsure of

our positions. So Rakesh Kumar never reported to me about anything.

times to the I &B Ministry. But they seemed comfortable with his attitude. Since the Ministry seemed happy with the situation and since the

censor board and I had been treated very shoddily we were keen to just get out. You must understand we were not political people. We are people

who really care about sorting out the mess. And we had no axe to grind. And we aren't in the censor board for the payment. We often pay for our

own work-related air travel. It's so unfortunate that no one had the courtesy to even acknowledge what we were trying to do, let alone say thank

What a thankless job!
It is! I think the censor board was created just so could be this punching bag so that the heat could taken off the I & B Ministry. They should close

down CBFC and revamp it. They created the CBFC to take independent decisions and then they don't allow you to do your job. And the film

industry doesn't want you anyway. Producers hate you. They submit their films on a Tuesday and want it certified by Thursday. That's absurd. We

are understaffed. We are all working 18 hours a day across the country. I've to say in favour of the new I &B minister Prakash Javadekar that he

immediately reappointed the advisory panels. But the backlog is tremendous. Some panel members had been supporting him. Now that he has

been caught we are an organization with no point of authority. That's when the I & B Ministry decided to acknowledge my presence again.

How do you plan to

clear the mess?
I am at the moment clueless.What can I do? I'd like to do something good. If I can't do I'm ready to go.

The entire film industry is suddenly shouting about transparency in the censoring process?
Unfortunately they say they want it but don't meant it. The big producers bulldoze their way into getting priority for certification breaking the

queue at the cost of the smaller producers.

Producers complain that their films get stuck?
We're only asking them to submit their movies two weeks in advance, and not in two days. Nowadays we have an added problem of certifying

one film in multiple languages. We're barely done certifying a film in English when the Tamil and Telugu versions also show up for certification.

But why the need for multiple certification for the same film?
I'll tell you why. It's again to do with not following the rules. When a Hindi film is translated into a South Indian language the meaning of key

words is distorted in translation. The original meaning is sometimes mischievously altered in the translation. A polite decent word in Tamil can

become rude in Malayalam if used improperly. Such play of words is dangerous, because nowadays films are not about what you are seeing but

what you're hearing. Listen to some of the songs.

Yes, the songs really cross the limit sometimes?
The songs are full of innuendos and they get away with really dirty stuff. Don't ask me about them. Ask the really brilliant poets who earlier wrote

songs. Where are they now? Why are they not protesting against these indecent songs. For us women in the censorboard specially in the

age-group of 40 to 60, it is very hurtful to hear what is being heard in our films. I am worried for our children and for ourselves. Now who's

responsible for this? Why don't the respected scriptwriters and song writers shout from rooftops that the dialogues and lyrics today are

unacceptable. It's very sad. Perhaps the current situation has to be gone through, so we can have a more responsible and mature society. The

moral and aesthetic change has to come from the top. You and I speaking about it is of no consequence. The change has to be widespread.

You said the CBFC should be scrapped?
This man has been questioned. But what if he had not? The situation would have gone on. How sad would that have been for the CBFC! How

defunct an organization would we have seemed.

How much do you blame film producers for what happened?
I blame them completely. Why do they come for censoring through agents? Get into a queue to get your films censored. This is a democratic

nation. There are democratic rules to be followed. Please have your films ready at least two weeks before release. Please don't book your theatres

under the presumption that your film would be certified in a day or two.