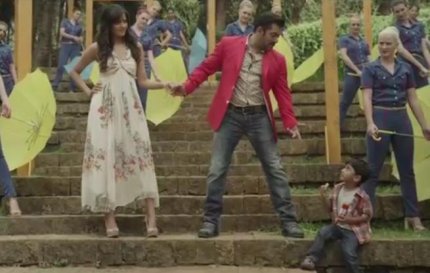 Salman Khan who has been on a high since the success of his recent release Kick does not seem to be taking things slow these days. In fact Salman Khan was recently spotted shooting for Britannia's line of Tiger biscuits.

Seen in the advert Salman Khan who is accompanied by a host of others is seen talking to a kid who is more interested in eating the biscuits. The clip we managed to get features the kid giving Salman Khan tips on dancing and the attitude he needs to pull it off.


On the film front, will next be seen in Sooraj Barjatiya's Prem Ratan Dhan Payo and Kabir Khan's Bhajrangi Bhaijaan.