The popular comedy show The Kapil Sharma Show will be back on the television after almost 4 months, starting 1st August. Keeping up with the promise of entertaining the whole country, this weekend, the viewers will be in for fun unlimited with all-new episodes. The man of the moment, who turned out to be the messiah of migrant workers in these difficult times, Sonu Sood will be seen as the first guest on the show. 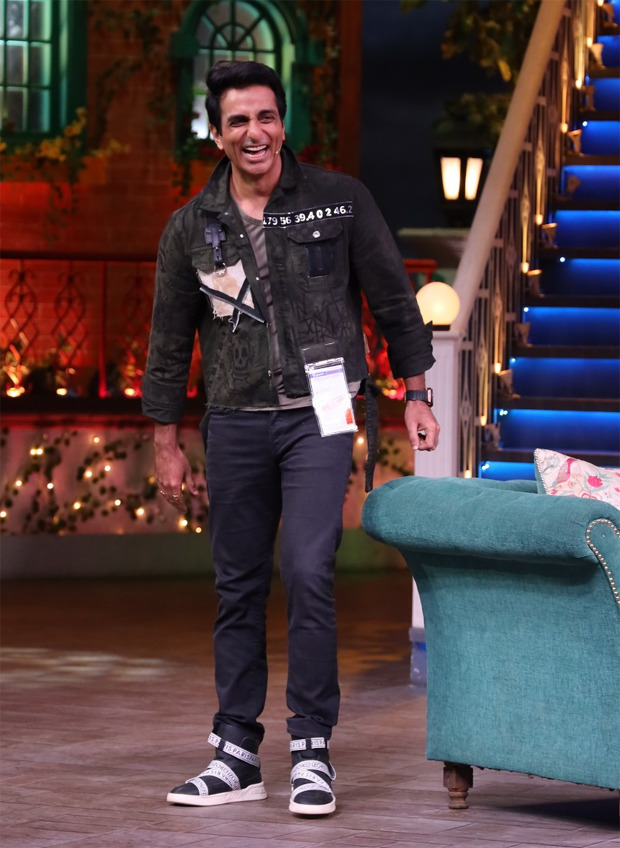 When Kapil asked the actor if he wrote the dialogue ‘Hum Tum Mein Itne Ched Karenge…’ in the movie Dabangg, Sonu replied, “Yes it's true. I remember, we were shooting in Filmalaya and it was our first day, after the song Munni Badnam. I have an interest in writing dialogues and the directors who I’ve worked with know my penchant for writing. Abhinav is a good friend and we keep exploring a lot in writing. During this, the idea for this dialogue came about and Abhinav and I molded it together and that’s how ‘Hum Tum Mein Itne Ched Karenge, came about. And when Salman Bhai heard it, he said to Abhinav that “Yeh Dialogue Badaa Kamaal Hai. But, Bhulnaa Mat Kisney Likhaa Hai”.

Sonu further added, "I also remember, we were shooting in Wai, and Salman Bhai and I were travelling together in a car. Salman Bhai casually asked me, 'Sonu, Tu Lambaa Badaa Hai, Tu Comfortable Hai Naa' to which I said, “Kanoon Key Haat Aur Sonu Sood Ki Laat, Dono Bahot Lambhi Hai Bhaiyaa'. Salman Khan was so impressed with the dialogue that we shot for it the very next day and he incorporated that in the film as Chedi Singh’s dialogue – ‘Kanoon Key Haat Aur Chedi Singh Ki Laat, Dono Bahot Lambhi Hai Bhaiyaa'.

Further, in the show, the cast and crew present along with the guest from NGO celebrated Sonu Sood’s birthday on the sets of the show and lauded him for his efforts of helping the migrant workers reach their places safely.

ALSO READ: Sonu Sood to organise free medical camps across India on the occasion of his birthday on July 30