Last Updated 22.01.2022 | 9:24 PM IST
feedback language
follow us on
Bollywood Hungama » News » Bollywood Features News » Teaser of ‘ON’ featuring BTS from Map Of The Soul: 7 is here on TikTok and it sounds like anthem of the year

After 10 months of anticipation, the South Korean group BTS is back with new music and how! Ahead of dropping their album 'Map Of The Soul: 7' on Friday, the septet has dropped the teaser of the title track 'ON' on TikTok. The group is known for its intricate choreographies, diverse sound, deep lyricism and openness with their fans. 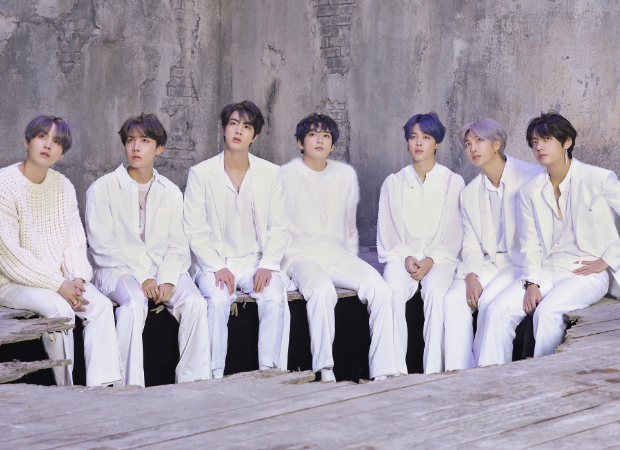 The official 30 seconds audio teaser was dropped at 2:30 am IST on TikTok and before any of us could hear it, it app crashed for like 15 minutes. The title track sounds very enchanting. The instrumentals are hard-hitting and it seems like this will be a foot-tapping number again. It sounds pretty like a marching anthem. The few seconds reveal a verse, "Can't hold me down cuz you know I'm a fighter." Well, this is truly exciting to know this song is a reflection of their lives and the past seven years. WE CAN WAIT FOR THE ALBUM TO DROP!

Hey na na na
If u don’t wanna go crazy, u gotta be crazy
Hey na na na
Throw all of me to the 2 sides of the world
Hey na na na
Can’t hold me down cuz u know I’m a fighter
The beautiful jail I entered w/ my own feet
Find me & I’m gonna live w/ ya
Bring it, bring the pain

Big Hit Entertainment, their agency, in an official statement, said, “BTS once again pour out their hearts through the powerful and energetic hip hop lead single ‘ON’ that reflects on their calling and mindset as artists during the seven years." They further revealed, "Featuring Sia’s signature eerie and charismatic voice, this digital exclusive version ‘ON (Feat. Sia)’ gives off a pleasantly different vibe from the [BTS-only version]."

The official press release from global superstars agency also revealed that the album, which comprises of 15 new tracks + 5 tracks from earlier chart-topping mini-album 'Map Of The Soul: Persona', will have subunit and solo tracks too.

'We are Bulletproof: the Eternal' will be a continuation of 'We Are Bulletproof: Part 2' from 'Wings' album. 'Ugh' track will feature the rappers - RM, Suga, and J-Hope in which they will share their anger towards malicious comments. The song '0:00' (Zero O’Clock) will feature the vocal line - Jin, Jimin, V, and Jungkook. Another interesting subunit will be of Jimin and V for the 'Friends' track that chronicles their friendship. Another duo will have RM and Suga come together for the track 'Respect'.

Starting with the vocalists, Jin, who has co-written 'Moon', will open up about his love for the fans - BTS Army. Jimin is taking on 'Filter' that will showcase different sides of him. V will be crooning 'Inner Child' in which he reflects about his past self, back when he was having a rough time. Lastly, 'My Time' by Jungkook will display his journey from a young trainee until now.