To all the Indian BTS Army, Desimys, who were eagerly waiting to know whether Ayushmann Khurrana is a fan or not of South Korean group BTS, we have news for you! He indeed listens to them. 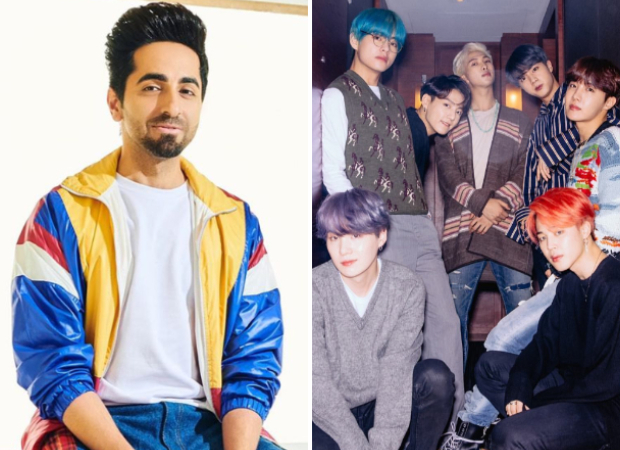 The actor is currently promoting his movie Shubh Mangal Zyada Saavdhan that focuses on a gay love story and gives a glimpse of the social prejudices against the community. We met him during the promotions of the film where we discussed everything about the film and recent Best Actor accolade for his stupendous performance in last year's critically acclaimed, Article 15.

At the end of the interview, during photo-ops, we asked him about the Instagram story from November 2019 when he shared a selfie along with BTS' song 'Euphoria' sung by the youngest member of the group Jeon Jungkook. Along with that, he already follows them on Instagram and often likes their Instagram posts. So, when the opportunity came, I asked him whether he genuinely listens to them. He said with a wide smile on a face, "I indeed enjoy all kinds of music, like exploring a lot and love listening to them. Euphoria happens to be one of the favorites."

I was at a shoot with the biggest Bollywood star of the moment and asked him when we could start shooting the BTS (behind the scenes) video for the shoot and he legit goes - “oh BTS, like the band?” THE IMPACT.

For unversed, besides excelling in the field of acting and starring in some of the most path-breaking roles in films like Article 15, Vicky Donor, AndhaDhun and Badhaai Ho among others, Ayushmann Khurrana himself is an amazing singer. Some of his hit tracks include 'Paani Da Rang' from Vicky Donor, 'Mitti Di Khushboo', 'Sadi Galli' from Nautanki Saala, 'Yahin Hoon Main', 'Nazm Nazm' from Bareilly Ki Barfi among others.

Isn't this amazing news? It's not just him, many celebrities are aware of the impact to the septet.

Coming back to Shubh Mangal Zyada Saavdhan, it's releasing on February 21, 2020. It's also the same day when BTS' album 'Map Of The Soul: 7' will also release which is one of the highly awaited albums of the year.

ALSO READ: "We want to reach out to those who are against homosexuals" - Ayushmann Khurrana on Shubh Mangal Zyada Saavdhan