The recently released trailer of Son Chiriya has been generating immense buzz for the raw and rustic looks set in the rooted villages of central India. Playing a dacoit meant that the actors had to undergo gruelling preparations through real old vintage rifles and guns. As the story of Son Chiriya is set in the 1970s showcasing a small town ruled and dominated by dacoits rifles and guns used are a very prominent feature in the movie. 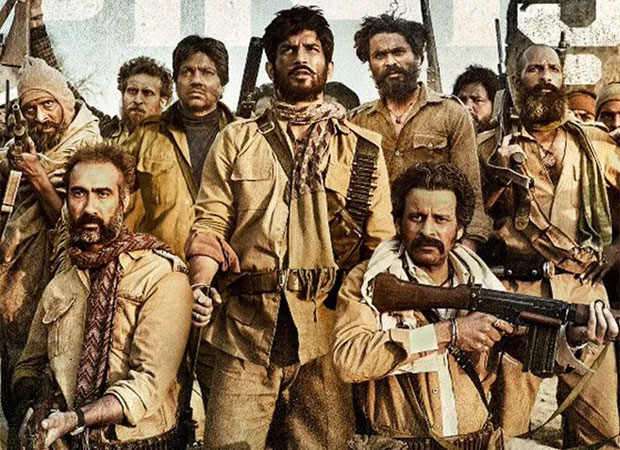 Since it is set in the Chambal district the characters have Bundelkhand dialect and to prep and get the fluency the cast was insisted to converse in that language on set, even during the breaks.

In order to perfect the dialect, the cast left no stones unturned to ace the accent and mannerisms of the post-independence period in central India. Multiple gangs fight over the struggle to attain power. The cast dons fierce avatars in sync with the theme of the film.

It was extremely challenging to get trained with 1975 vintage guns as they are too big and heavy to carry on and shoot in a place like Chambal, which left the team exhausted. But, everything from how to carry it to keep it on shoulders was properly coached by the trainer to the actors.

Directed by Abhishek Chaubey, Son Chiriya promises to be a power packed action film giving a glimpse of the glorious years if dacoits in central India. Producer Ronnie Screwvala who has not only presented blockbusters but also award-winning films is all set to present Son Chiriya. The film is set to release on 8th February 2019.