Sanya Malhotra who is basking in the success of Badhaai Ho has found a novel way of prepping for her characters. The actress shared that she maintains a diary in which she writes notes on the character that she plays. After a dream debut in Dangal, Sanya has been garnering immense appreciation for her versatile performances. Sanya played 4 different characters in her 4 films, in Dangal as a wrestler, Pataakha portrayed as the rooted and rustic village girl. Badhaai Ho featured her as an urban chic and now Photograph directed by Ritesh Batra in which she plays an introverted college girl who tops in her studies. 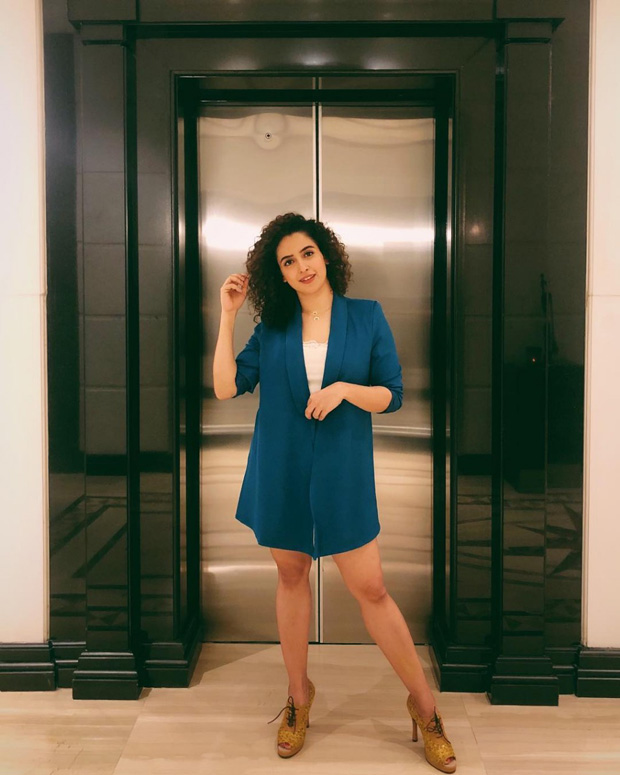 In order to keep a tab of the traits of all her characters, the actress keeps a diary and writes notes. Sanya Malhotra shares, "You don't necessarily get the background of a character every time, So, you have to create it mentally and write about it. This is something I learnt from Geetanjali Kulkarni with whom I worked in Photograph. When we were doing workshops, she would bring a diary with her. She had written notes on her character, woh gaav se hogi, aisa karti hogi, etc. I got inspired by it and did it and did the same when I shot for Badhaai Ho".

Post Dangal, the actress shot for Ritesh Batra's Photograph in which she plays Miloni an introvert college girl who tops in her studies. She had only one month to get Miloni out of her system and play Renee, an outgoing girl and the only one who doesn't have a problem with the idea of late parenting in Badhaai Ho.

The actress has also shared "I was curious to know why she has no issues with it, so I wrote about her thought process, where she is coming from her body language, etc in a diary to prep for it,"

On the work front, her next film starring Nawazuddin Siddiqui, directed by Ritesh Batra Photograph will be screened at Sundance Film Festival 2019.

Sanya Malhotra has been binge watching THESE…

Dancing into the weekend, Sanya Malhotra…

Alia Bhatt sizzles in red on the cover of…