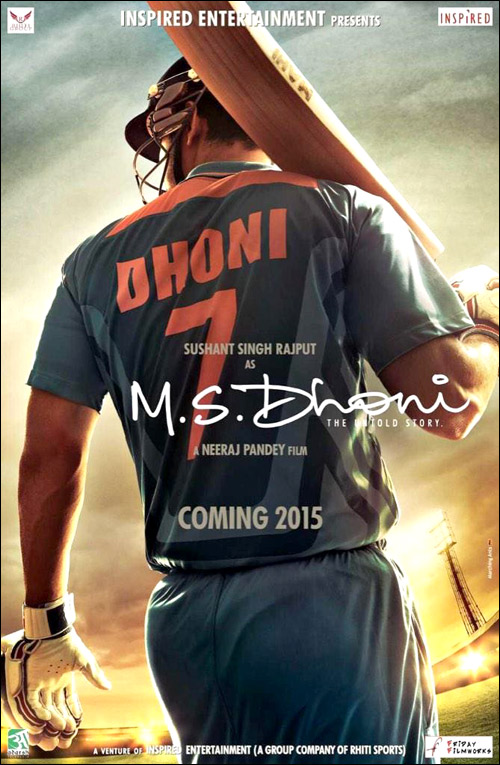 Ever since the release of Farhan Akhtar starrer Bhaag Milkha Bhaag, the biopic on Milkha Singh, the gates have been thrown open for films based on sports personalities. Now after the success of Priyanka Chopra's biopic on Mary Kom, acclaimed director Neeraj Pandey, who has earlier directed films like A Wednesday and Special 26, will be making a sports biopic on cricketer MS Dhoni.


Slated for release in 2015, the first look poster of the film was revealed today. However, earlier there were rumours that the Board of Control for Cricket in India (BCCI) would oppose the making of this film, but the BCCI have claimed that they will have no objections to the film as long as it does not hamper the Dhoni's professional life.


Simultaneously responding to the rumours, Dhoni's wife Sakshi Singh Dhoni posted the first look on twitter saying, "Clearing out all those rumours being carried out past few days. It was all false.. Here you go ....BOOM !!!"