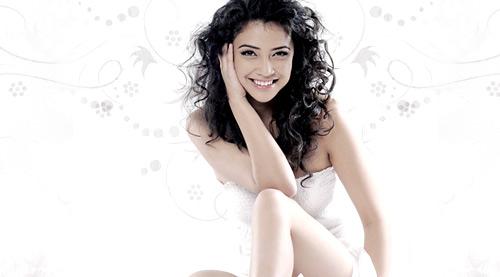 On Tuesday afternoon it had still not sunk into the very talented Geetanjali Thapa that her starrer Liar's Dice has been chosen as India's official entry to the Oscars.


Says the disbelieving actress, "We've been with the film for some time now. It has just been released in Trivandrum and received very well everywhere that it has gone so far. In fact it goes to the San Sebastian film festival later this month. So the film's journey and our journey with it began a long time ago."


Now Liar's Dice is India's official entry to the Oscar, Geetanjali is over the moon. "Of course it will add value to the film. Many more people would be interested in watching it. It's small film with a very big heart. I firmly believe it's the heart and emotions that make a film."


Geetanjali won the National award for Best Actress for her performance in Liar's Dice. Although she is from the North East she has never faced any kind of discrimination. "One hears about these biases. But being in Mumbai and the entertainment industry I have never felt discriminated against. The city was very welcoming. Over here you get work solely on merit. It doesn't matter which part of the country one is from. I've done a Hindi film ID which was produced in Kerala. I've done the films that I wanted to and the ones that I didn't do, I wasn't meant to."


This natural-born actress had to opt out of the Bhatts' Citylights after the film underwent a change of director and passed on from Ajay Bahl to Hansal Mehta.


Geetanjali's next release is the international project Danis Tanovic's Tigers where she is paired with Emraan Hashmi.


She's all praise for the film and her co-star. "Tigers is a very different experience for Emraan Hashmi. And let me tell you, he has done very well in the film. It is an immensely relevant subject about the contaminated baby-milk formula that probably affects any number of tender infants' lives. Emraan, the director Danis and I went for the film's premiere to the Toronto Film Festival. It was a very rewarding experience."


The space occupied by films like Liar's Dice and Tigers is where Geetanjali would feel most comfortable. But she doesn't mind doing an out-and-out masala film.


"All masala films are not trash. I want to be part of good cinema, no matter what the language and flavour," says Geetanjali confidently.