Last Updated 16.05.2022 | 10:40 AM IST
feedback language
follow us on
Bollywood Hungama » News » Bollywood Features News » When Sunil Grover tried to act cool in front of Salman Khan and Katrina Kaif on the sets of Bharat!

Sunil Grover has time and again asserted that his role in Bharat is probably one of his most cherished ones. The actor will be seen in an extensive role in this film where he plays the character of Salman Khan’s best friend. He is expected to be accompanying Salman Khan through his entire life journey and he is also thrilled to have screen time with Katrina Kaif too! In recent reports, Sunil was seen candidly talking about what it was like to share the film sets with Salman and Katrina and how he reacted to it. 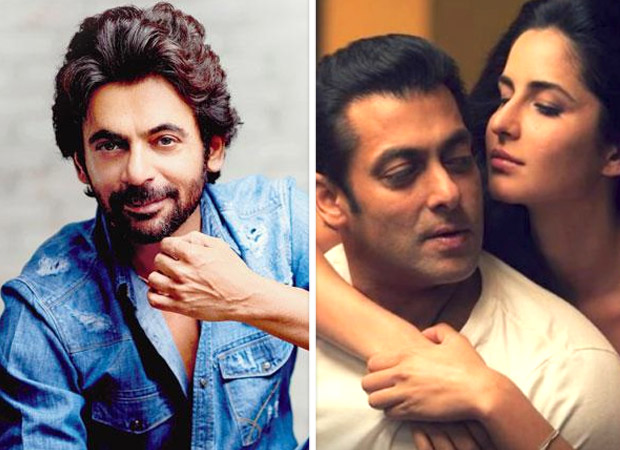 When Sunil Grover tried to act cool in front of Salman Khan and Katrina Kaif on the sets of Bharat!

Knowing his sense of humour, there was no doubt that Sunil Grover’s responses had the twist of wit. So when he was referring to the lunch sessions that often happened on the sets of Bharat, he recalled the time when he used to share the table with Salman Khan and Katrina Kaif. Needless to say, Sunil Grover will majorly be seen sharing screen space in the film with Salman and hence, he would often hang out with the superstar during the shoot. Speaking of lunch time, Sunil revealed that he would share the table with Salman and Katrina. While he couldn’t believe his luck of sharing the table with superstars, he would act cool about it. But in the same breath, Sunil also added that how can one look cool in front of the coolest actor Salman Khan and that he would often end up looking like a wannabe.

Coming to Bharat, the film also stars Disha Patani, Jackie Shroff, Tabu in integral roles. Directed by Ali Abbas Zafar, it is an official Indian adaptation of the Korean drama Ode To My Father and it is produced by Atul Agnihotri and T-Series head honcho Bhushan Kumar.  It hit the big screens on the occasion of Eid that is today, June 5.

Also Read: EXCLUSIVE: When Sunil Grover got SLAPPED by Katrina Kaif and Salman Khan could not stop laughing (watch video)