She may be just one film old but the 24-year old Nidhhi Agerwal sure knows how to make heads turn! Following a debut with Tiger Shroff in Sabbir Khan’s Munna Michael, Nidhhi has embarked on a style venture. Pulling off those neo-ethnic ensembles, casual outfits, and opulent gowns with equal and enviable allure, Nidhhi pulled off yet another glorious #OOTN over the weekend. Nidhhi made her presence felt at the glittery affair, the ninth edition of the GQ Best Dressed Awards 2018 which saw the likes of Deepika Padukone, Hrithik Roshan, Anil Kapoor, Ayushmann Khurana, Huma Qureshi. Nidhhi Agerwal certainly knows a thing or two when it comes to making those glorious red carpet appearances. The gala annual soiree, GQ Best Dressed 2018 saw Nidhhi opt for the infallible black in what could be called a stunning affair of mesh and sheer. The petite beauty, Nidhhi enjoys immense fandom with a steady fan following of 1.5 million followers on Instagram and has everyone hooked to her shenanigans as she hits the gym or saunters about in the city. A Business Management graduate, the Bangalore girl is blessed with a lean athletic frame, long locks and a perfectly chiselled face, Nidhhi sets the mood alight with her non-fussy persona and charm.

The millennial style is much sought after, for its sheer effervescence, a subtle take on all things modish and minimalism. Nidhhi Agerwal adhered to this style mantra and kept it a simple but significant. Here is a closer look at Nidhhi’s #OOTN.

A stunning affair of mesh and sheer – Nidhhi Agerwal reveals it all at the GQ Best Dressed 2018 party!

Styled by the international fashion stylist, Dr. Shimul Patel, Nidhhi wore a Jagx Singh ensemble featuring a top with a deep plunge, mesh sleeves and a high-waist sheer skirt with pants underneath. 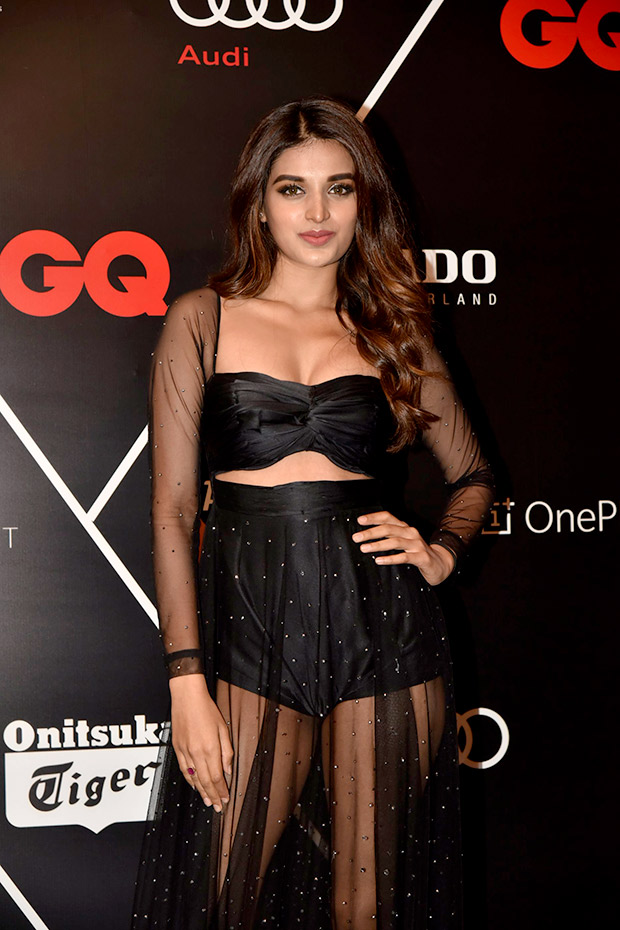 A simple pair of Christian Louboutin pumps was her only accessory of choice. Hairstylist Shefali have her long locks a soft wavy look with a side parting. A subtle makeup of defined eyes, eyebrows and nude pink lips rounded out her look perfectly. 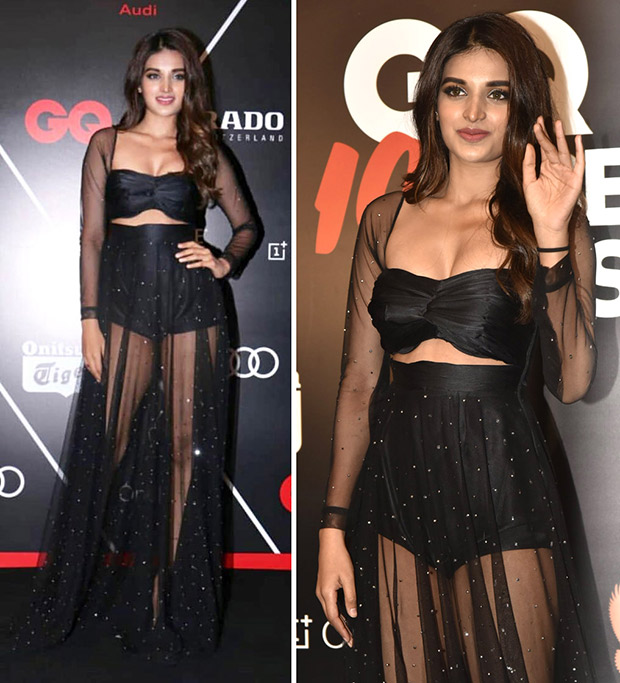 A night where B-townies step their most fashionable foot forward, Nidhhi sauntered in with her simple but chic look, making heads turn in sheer appreciation!

Also Read: HOT! Nidhhi Agerwal sizzles in a bikini in a pool 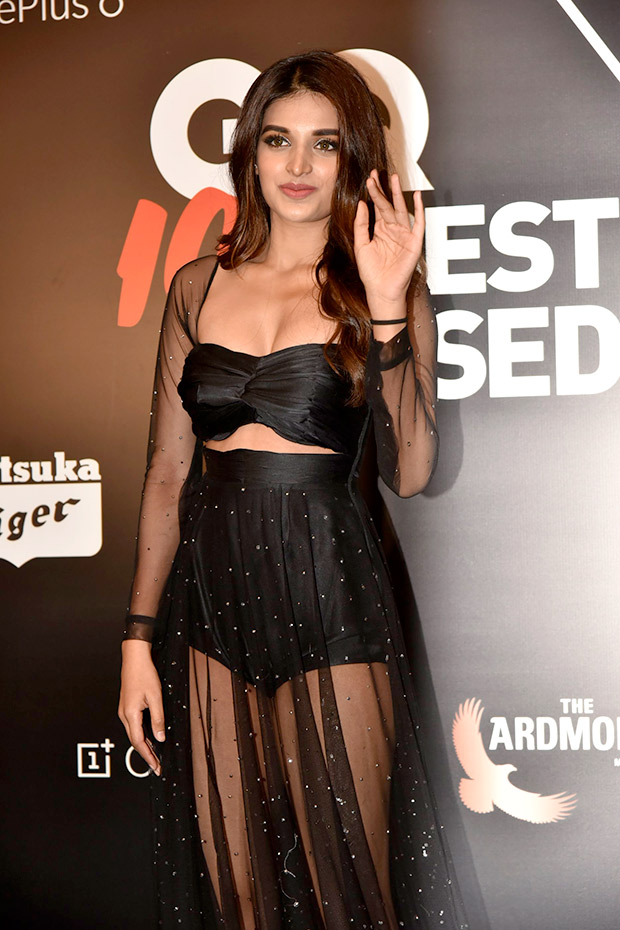 Steal the mesh and sheer style to shine this season, just like Nidhhi!

On the professional front, Nidhhi will be seen in Ikka with Akshay Kumar, Neil Nitin Mukesh and make her debut in the Telegu film, Savyasachi sharing screen space with Naga Chaitanya Akkineni, Madhavan.