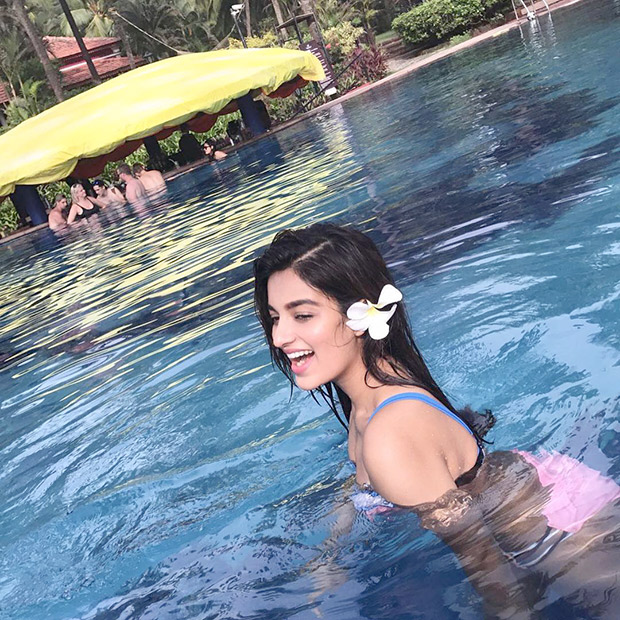 Nidhhi Agerwal who debuted with Tiger Shroff in last month’s dance musical Munna Michael hasn’t signed any other film. She is neither tensed about her debut film’s debacle nor about whether she’ll end up turning into a one-film wonder. She is far from worried and is currently chilling in Goa. 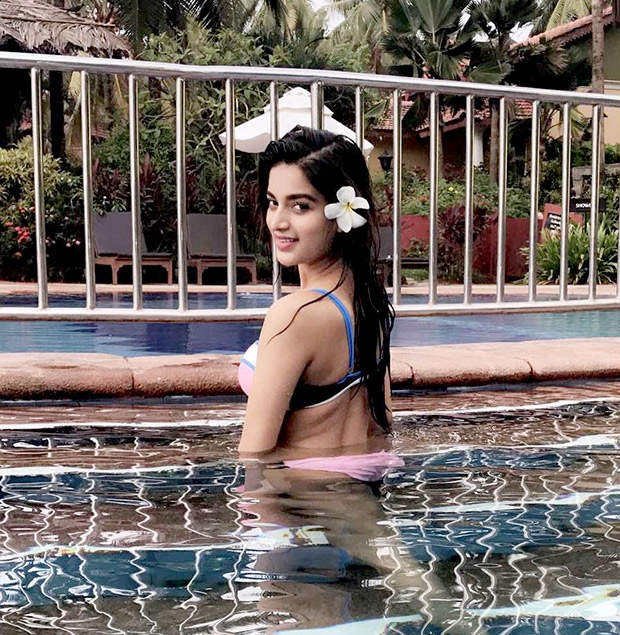 Yesterday, she uploaded three pictures that will surely led to a vast increase in her Instagram fan following. In the first picture, Nidhhi Agerwal can be seen posing happily from the sideways in a pool in a luxurious Goa resort. She is wearing a colourful bikini and she has placed a flower in her hair, which gives a nice touch. In the second picture, she is looking behind and directly to the camera. Her quaint smile, the water trickling down her sexy back and her inviting eyes – all these factors come together to make it one of the hottest pictures that you’ll see today. In the last picture, she can be seen in a selfie clicked by Shaan Muttathil, celebrity makeup artist, whom she calls the ‘social media king’. Nidhhi Agerwal is standing behind Shaan and hence, her entire body isn’t visible. But yet, a part of her body can be seen and still it makes the picture quite sizzling. She has also tagged Krishna Shroff in the picture, who is the sister of Tiger Shroff. Incidentally, Krishna Shroff worked in Munna Michael as an assistant director. 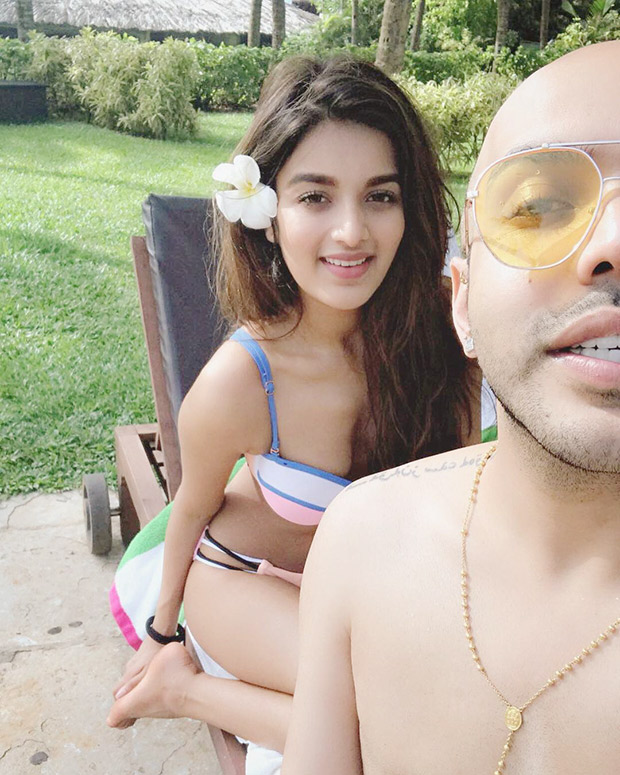 The complete caption of her picture was “With the social media king in #goa. Many more to come”. Hence, expect many more hot pictures to come out from Nidhhi Agerwal’s side. Watch this space!