Last Updated 27.01.2020 | 6:32 AM IST
feedback language
follow us on
Home » News » Bollywood Features News » Star Screen Awards 2019: From grooving with Sara Ali Khan to his bromance with Shahid Kapoor and Siddhant Chaturvedi, Ranveer Singh is a treat to watch! 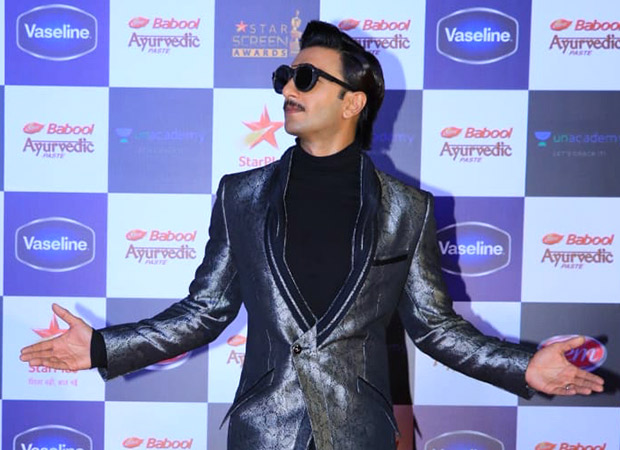 While he was at the red carpet, he met his Simmba co-star, Sara Ali Khan who challenged him for a dance-off! The duo shook a leg to the tunes of the number and we were surprised that Ranveer had forgotten most of the steps. Ranveer also took the time to catch up with his Padmaavat co-star Shahid Kapoor and Gully Boy co-star Siddhant Chaturvedi. When he met the two, it was obviously an overdose of bromance and we’re not complaining!

Take a look at the pictures and video. 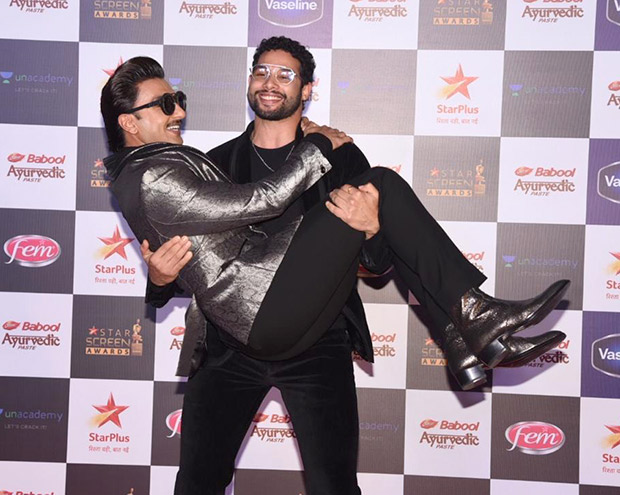 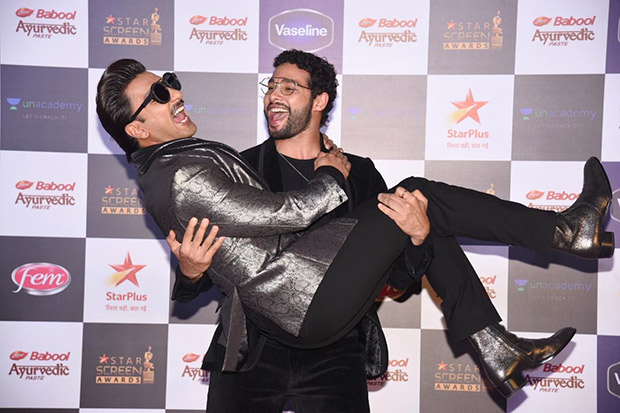 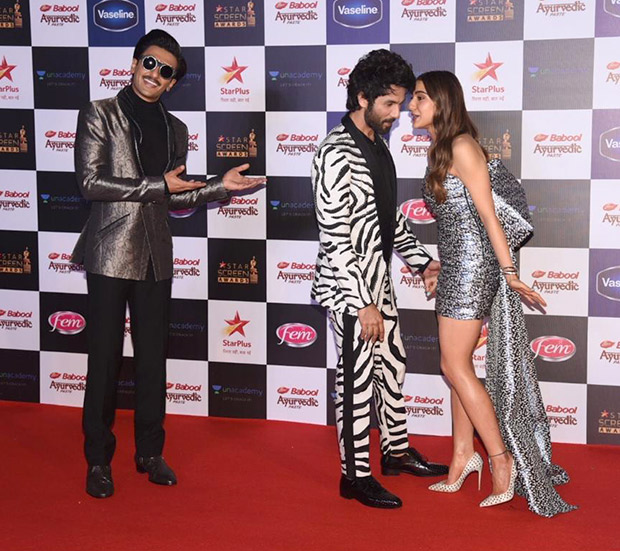 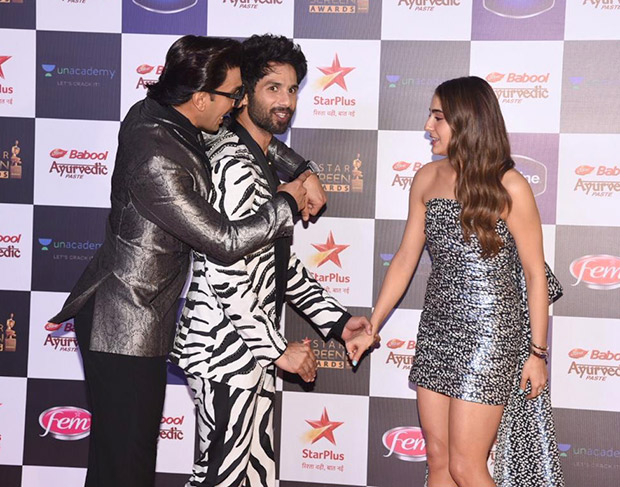 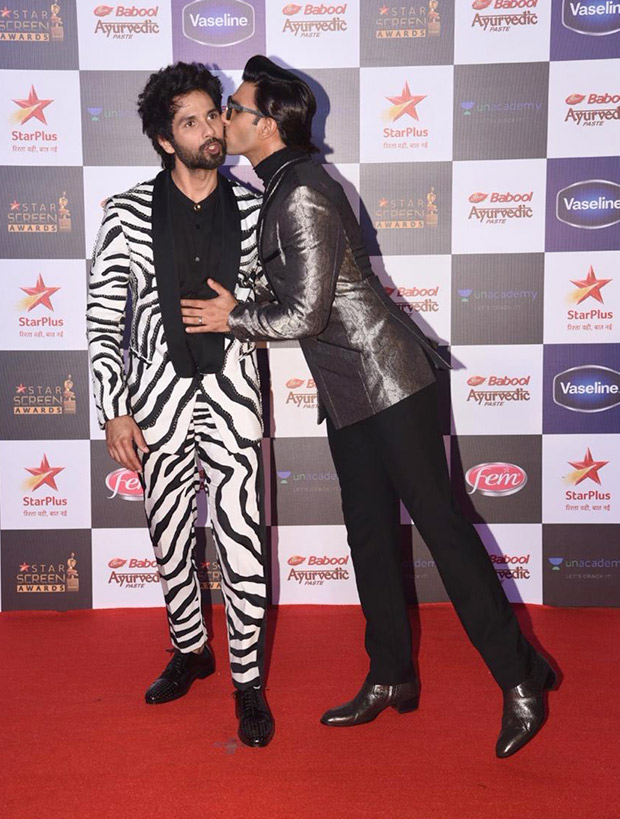 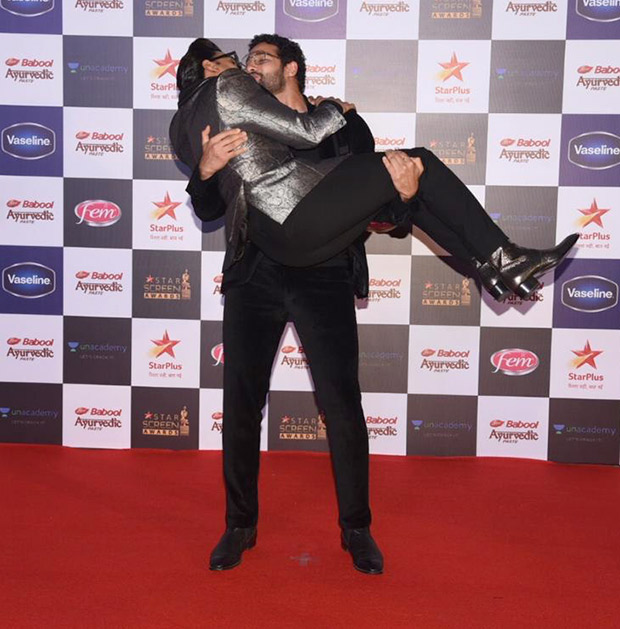 Ranveer Singh is all set to be seen in ’83 and Jayeshbhai Jordaar.