Sonam Kapoor is known for her out-of-the-box dressing style and carrying her outfits with extreme ease and poise. She was recently invited to Doha, Qatar, to attend an event and boy did she look gorgeous! She attended the competition of Fashion Trust Arabia, held at the National Museum of Qatar. With her impeccable fashion sense, she stood out from the crowd looking no less than royalty. 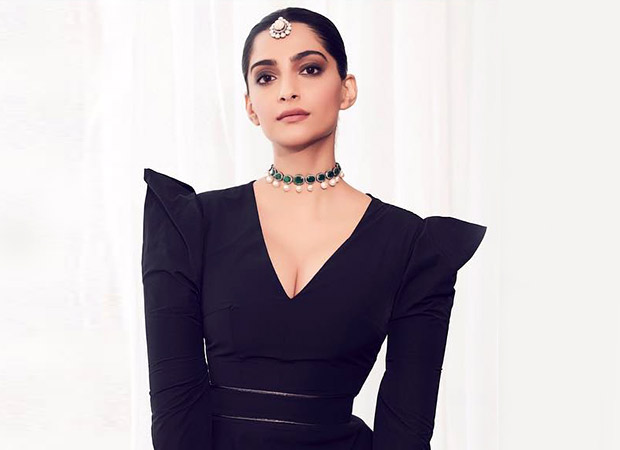 She was seen wearing a gorgeous Marmar Halim black evening gown, while the outfit overall was quite simple and elegant, the elaborate puffed sleeves stole the show. She tied her hair in a sleek bun with middle partitioning and donned a gorgeous maang tika from her mother, Sunita Kapoor’s collection, the maang tika had kundan designs and looked absolutely beautiful. She avoided earrings and instead opted for an emerald choker lined with pearls from Amrapali jewels. For her makeup, she opted for bronze smokey-eyes and nude lips to complete the look. Sonam Kapoor was styled by her younger sibling, Rhea Kapoor for the event.

Take a look at the pictures from the event.

@fashiontrustarabia @nmoqatar thank you for a spectacular evening and such splendid hospitality..

On the work front, Sonam Kapoor’s last release, Ek Ladki Ko Dekha Toh Aisa Laga aptly pointed out the struggles a person has while coming out of the closet, especially if they belong to an Indian family. She will next be seen in The Zoya Factor, opposite the south superstar, Salman Dulquer who made his Bollywood debut with Karwaan.

Also Read: What’s Your Pick: Alia Bhatt in a red Sabyasachi saree or Sonam Kapoor in a Danielle Frankel gown?

Rani Chatterjee speaks about being harassed…