It has been sort of ongoing joke for a while now when Katrina Kaif thought Varun Dhawan and Arjun Kapoor hated her. In Koffee With Karan 5, the actress had revealed that boys had started a Katrina hate club. If one would remember, Katrina had revealed that when she was very new to the industry and was dating Salman Khan, while Arjun and Varun were assistant directors at the time. One day, she was walking with Salman and she didn’t give enough attention to both the boys who were with them at that time. Since then, they started ‘I hate Katrina’ club. 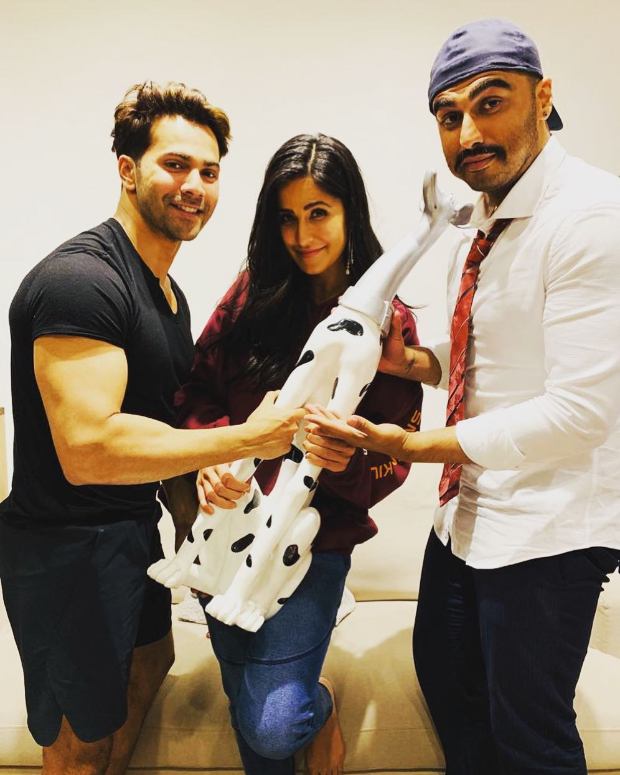 Cut to 2018, when asked about the same, as it turned out the actress was wrong about it. Varun Dhawan, on Koffee With Kara 6, revealed that they wanted Salman Khan’s attention and not hers. He would take the boys for hiking and even gave them a lot of attention. But, it all changed when Katrina came into the picture. This was a hilarious revelation which left Katrina in shock as the boys weren’t doing this for her attention but for Salman’s attention.

Now, it seems like Varun Dhawan and Arjun Kapoor are planning to continue the joke. They plan to start a new fan club. Arjun took to his Twitter handle where he and Varun were seen gifting a Dalmation trophy to Katrina.  He captioned the picture, "So me & @Varun_dvn are starting a new fan club #WeLoveKK aka #KatrinaKaif !!! Here we are seen awarding her, for absolutely no reason whatsoever... ps - the Dalmatian trophy Katrina’s holding represents our faithful friendship !!!"

On the work front, Arjun Kapoor will be starring in films like India’s Most Wanted, Sandeep Aur Pinky Faraar and Panipat. While Varun has films like Kalank and Street Dancer 3D, Katrina will be seen in Bharat starring Salman Khan in the lead.