Last Updated 05.07.2022 | 9:37 PM IST
feedback language
follow us on
Bollywood Hungama » News » Bollywood Features News » Is Shraddha Kapoor playing a cop in Saaho? The actress gives out DETAILS about her character in the Prabhas starrer

The recently released teaser of Saaho has already given us a glimpse of the action packed role of Prabhas and Shraddha Kapoor. And now, the actress had some interesting details to reveal about her character from the film. Readers, who have seen the teaser, would be aware that the actress will be seen doing some adrenaline pumping stunts. In recent reports, Shraddha has given us a deeper insight into her character as a cop. 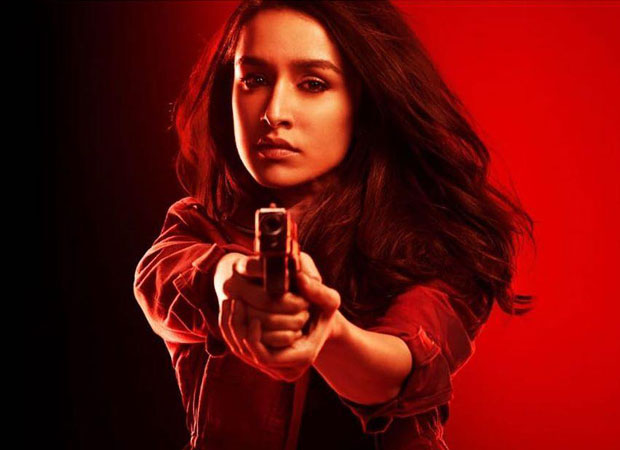 Is Shraddha Kapoor playing a cop in Saaho? The actress gives out DETAILS about her character in the Prabhas starrer

Shraddha Kapoor expressed her excitement for playing the role of a cop for the first time. She further spoke about it being honor for her to represent them because of their dedication towards the country. She called it as a special role and also mentioned about her experience of holding the gun. Elaborating on the experience, she stated that the gun had almost become like an extension of her body and when she didn’t have one, she would inquire about it.

On the other hand, she was also all praises for a police officer’s mind and explained as to how important it is for them to remain sharp all the time and in all situations. Interestingly, as per the first look poster of the film, Prabhas is expected to play the role of the cop too and the two actors will be seen doing some intense sequences in the film.

Saaho not only marks the debut of Shraddha Kapoor in South cinema but it also marks the Bollywood debut of Prabhas. The film will release in Tamil, Telugu and Hindi and it is directed by Sujeeth. The film is expected to release on August 15. It will also feature many other Bollywood celebrities like Jackie Shroff, Neil Nitin Mukesh, Mandira Bedi, and Mahesh Manjrekar amongst others.

Also Read: Saaho Teaser: 5 Action moments from the Prabhas, Shraddha Kapoor starrer that have us HOOKED!