Raj Kundra and Shilpa Shetty have given a hilarious Punjabi twist to Netflix's Spanish crime-drama show Money Heist which is quite popular among the Indian audience. The face swap or reface app video had Shilpa and Raj's face in the characters of Tokyo and The Professor, respectively. 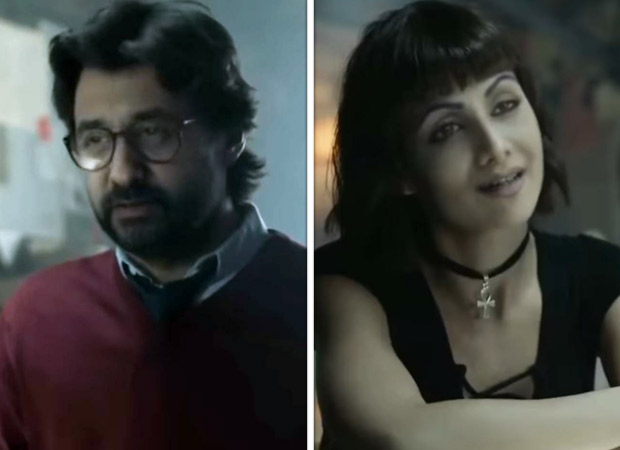 In the video, Raj swapped his and Shilpa's face in a scene from Money Heist’s previous season that originally had actors Úrsula Corberó and Álvaro Morte chatting about the number of relationships.

To add a twist to the video, Raj also replaced the original conversation with the Punjabi dialogues where  Shilpa as Tokyo asks Raj as The Professor how one would recognise a married man since they don't wear a ‘mangalsutra’, to which Raj gives a hilarious reply that if the man has an upset face, it means he’s married.

Sharing the video on his official Instagram handle, Raj captioned it as, “Finally a Punjabi couple in Money Heist!! Woohoo Bella Ciao ???? the Punjabi dialogue translates to : Her - when a Indian woman is married you know by her mangalsutra how do you know when a Indian man is married ? He - By seeing the sorrow on his face ????????????.”