Shatrughan Sinha: “Is it really one year since our hero from Bihar left us? So much has happened since then. But his case is still to get a closure. What really happened to Sushant? How did he die so young? Who were the ones responsible for his death? As an outsider from Bihar I know how tough this industry can be to penetrate. Just getting to meet producers and directors is a Herculean task. I hope Sushant’s death taught our industry to be more welcoming to newcomers. Yeh industry kisi ke baap ka zyedaad nahin hai.” 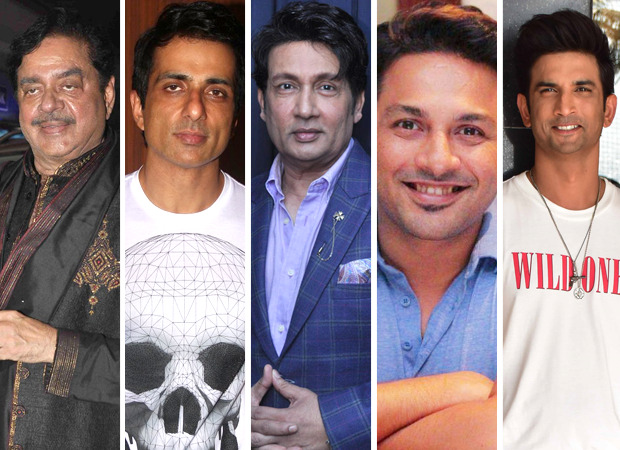 Shekhar Suman: “It has been a colossus and an irreparable loss to the nation particularly to our film industry. As we complete one year mourning his loss we still wonder why the case still hasn't got a closure! The majority of the people all over the world feel that he had no reason to commit suicide and that he was brutally murdered. Whatever the case may be, justice has to be meted out. On the other hand it is heartening to know that so many of us who started out fighting for him are still fighting it out and remember him almost every day. It just proves what a noble soul he was. And he will be etched on our minds forever.”

Sonu Sood: “The world will always miss him. A talent gone too early. Sushant had so much more to give when death snatched him away from us. I am an outsider in the film industry just like Sushant. I know how difficult it is to find your footing over here. I hope his demise gave more power to the newcomers and outsiders to be strong enough to face the tough challenges of the cine world.”

Apurva Asrani: “It’s still such a shock that he's gone. He was a sincere, hardworking man who found success on his own terms. He did not deserve the bullying, the blind articles and the character assassination in the months leading to his death. I hope his loss has forced people and systems to introspect and to be kinder to others in the future.”