With the most popular contestants on board and Rohit Shetty stepping back as host, Khatron Ke Khiladi 11 has become a sensation way before its premiere on television. The show has been much awaited by the audience, while the contestants have not been failing in treating their fans with the latest pictures and videos. 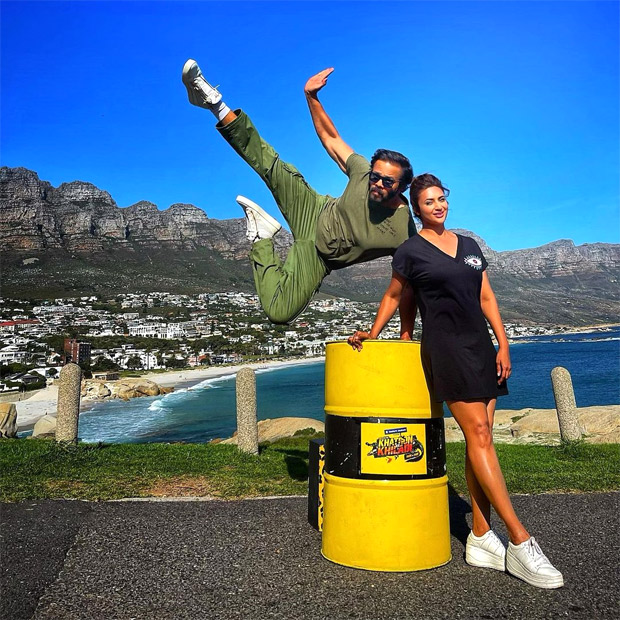 Today, it was Divyanka Tripathi who took to her Instagram and shared a cool picture with the host of the show and director Rohit Shetty. The actress tried a great pose with him, where she was leaning on a barrel while Rohit is seen kicking high in the air. The actress could be seen sporting a blue short dress while Rohit was seen donning an all-green look. While both of them wore white sneakers.

Khatron Ke Khiladi 11 is currently being shot at Cape Town, South Africa. The contestants have been shooting there for more than a month now. The promo for the show was recently launched which revealed the theme of the season, 'Darr v/s Dare'.
Apart from Divyanka Tripathi, the show also features Shweta Tiwari, Arjun Bijlani, Rahul Vaidya, Nikki Tamboli, Abhinav Shukla, Vishal Aditya Singh, Anushka Sen, Varun Sood, Sana Makbul, Aastha Gill and Mahek Chahal as contestants. The adventure stunt-based reality show is expected to go on air by July.