About two months back, Vidya Balan began shooting for the biopic of late 'human computer' Shakuntala Devi. A couple of days ago, actor Amit Sadh, who will be seen playing Vidya's on-screen son-in-law, wrapped his part and also wrote a heartfelt note for the women in the film. Now, Vidya and the rest of the team have also wrapped shooting. 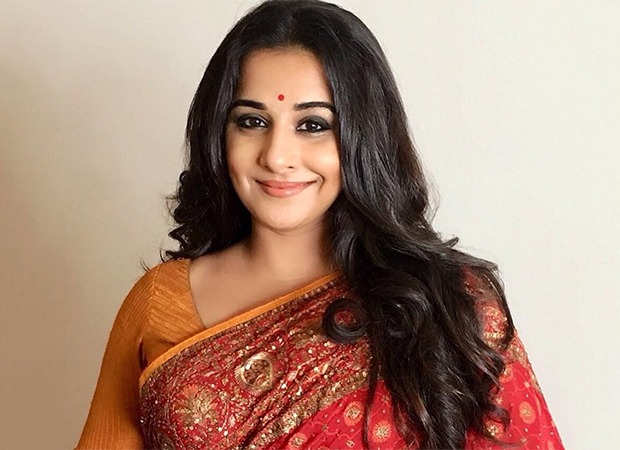 The wrap-up celebration was done right as they cut a lovely cake. On Vidya's Instagram story, we came across a photo of the team cutting a giant, white cake that read 'SKD'. Vidya also shared a selfie with her on-screen husband Jisshu Sengupta. 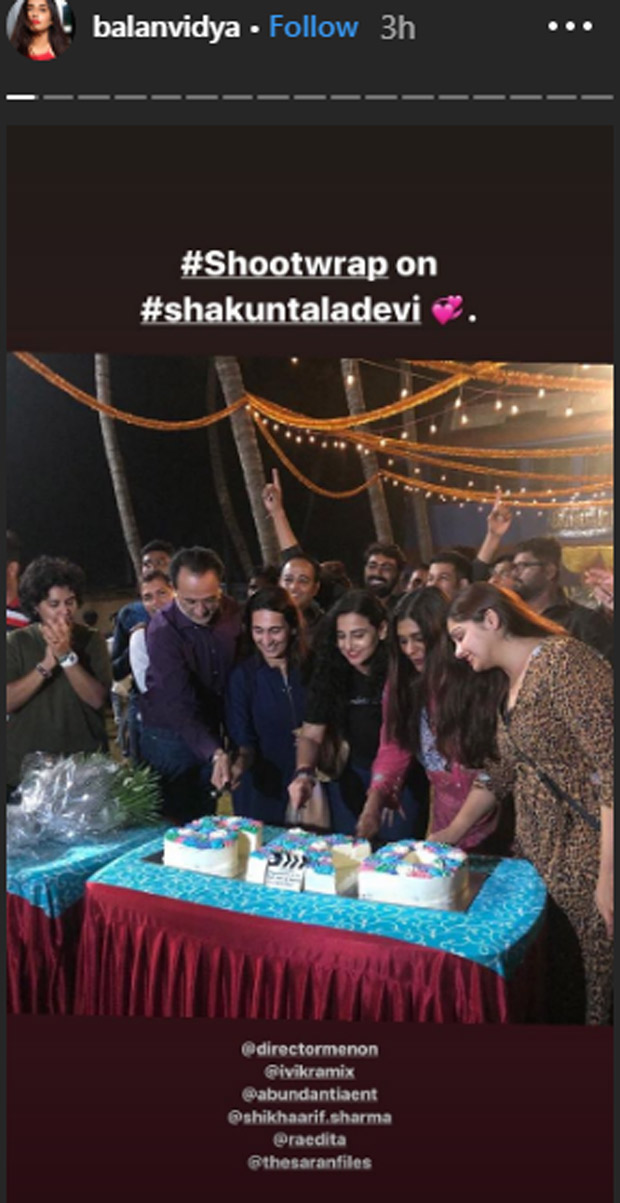 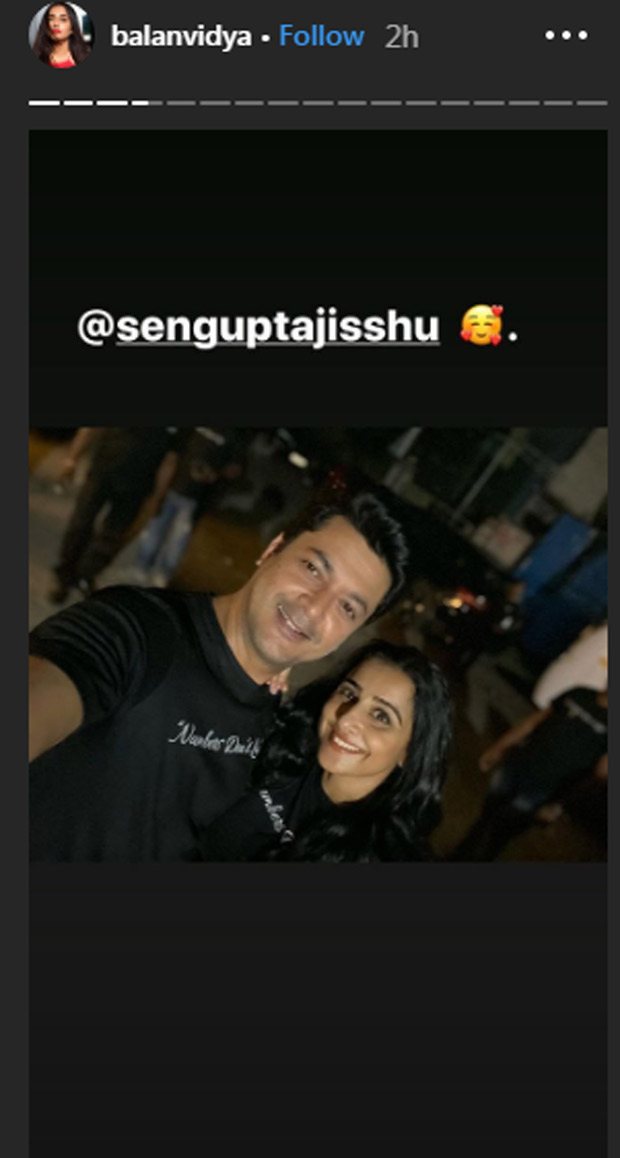 The film also stars Sanya Malhotra as Shakuntala Devi's daughter Anupama Banerji. For those uninitiated, Shakuntala Devi's name made it to the Guinness Book of World Records in 1982 for her ability of mental calculation. She also penned a number of books based on mathematics, puzzles and astrology.

Meanwhile, Vidya will be also seen acting in a short film titled Natkhat. The film also marks her debut as a producer, along with Ronnie Screwvala's RSVP Pictures.