Bollywood actors Ajay Devgn and wife Kajol will be reuniting on-screen in the upcoming period drama Tanhaji: The Unsung Warrior. The two are paired opposite each other in the film. 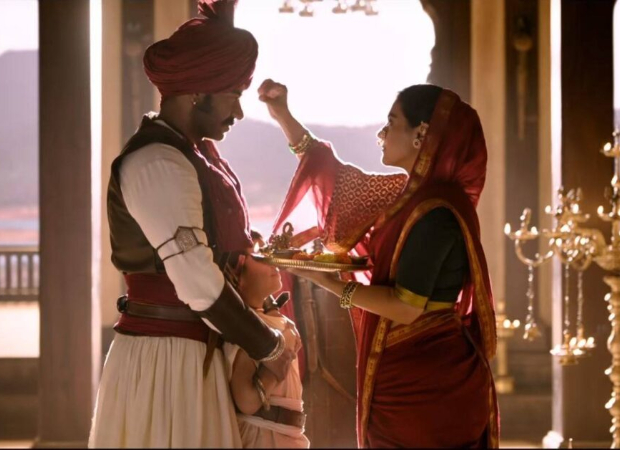 The trailer of the film was released on Tuesday in the presence of the team of Tanhaji. At the trailer launch of the film, Ajay Devgn said that working with Kajol felt like being at home. “I don't know what the feeling is, because I felt that we are at home and not on a film set. We behaved with each other in front of everybody the way we behave at home. So, I won't be able to differentiate," he said.

While actors Saif Ali Khan, Sharad Kelkar was present at the trailer launch, Kajol could not make it as she was in Singapore attending daughter Nysa’s school meet.

Kajol and Ajay have worked together in several films in the past, including Ishq, Pyaar Toh Hona Hi Tha, Dil Kya Kare, and U Me Aur Hum. In the upcoming film, Ajay plays the brave Maratha military leader Tanhaji Malusare while Kajol is his wife Savitribai