Shahid Kapoor is sweating it out on the cricket field every day to prepare for his upcoming film titled Jersey. In the film he plays the role of a cricketer who returns to the game in his thirties to fulfil the desire of his son. 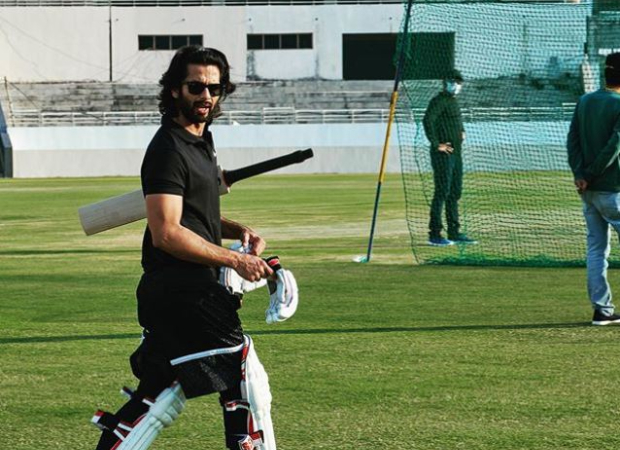 On Saturday evening, Shahid shared a candid picture of himself clicked at the cricket field where he has been perfecting his cricket shots to look convincing in the film. In the latest post, he can be seen getting ready to bat as he wears his gloves and walks toward the pitch. The actor looks in great shape and is flaunting his long hair. "#jersey prep. . . De dhana dhan," he captioned the post.

After the lockdown, the actor had resumed work last month and wrapped up the Uttarakhand schedule. Now, he will start the next schedule on November 9 in Chandigarh.

Jersey stars Mrunal Thakur and Pankaj Kapur. It is a remake of the Telugu film with the same starring Nani. The film is being directed by Gowtam Tinnanauri who helmed the critically acclaimed and commercially successful original as well.