Superstar Shah Rukh Khan, in the last few years, has hit a bump when it comes to box office successes. The actor had three back to back failures with Fan, Jab Harry Met Sejal and Zero. SRK was supposed to star in Rakesh Sharma biopic, Saare Jahaan Se Achcha, but he quit the project. While he is yet to announce his next, his current take on his spate of films is pretty witty. 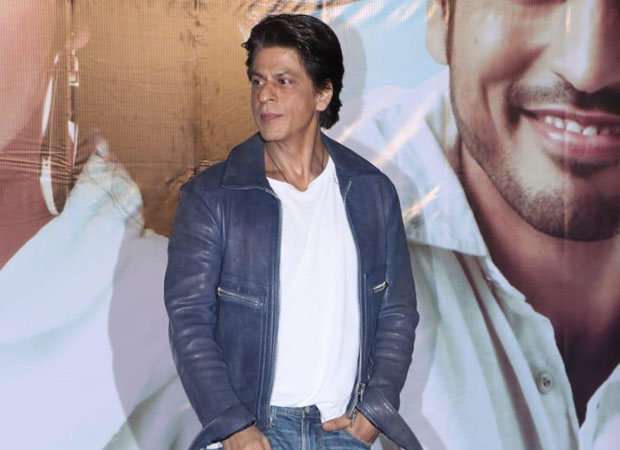 On Wednesday, Shah Rukh Khan attended the trailer and music launch of fashion designer Vikram Phadnis' Marathi film titled Smile. Talking to about the film, Vikram revealed that the film is loosely based on his mother. Speaking about the same, SRK said, “I think there is a little bit of a biographical writer, director and producer in all of us, so some parts of our life always get reflected in some special films and I am sure that Vikram has made an extremely special film.”

Shah Rukh Khan also revealed that he had advised Vikram Phadnis to make comedy films. During the same conversation, he also took a witty dig at the fact that his current films have not worked and he is no one to judge whether a film is good or not. “Backstage, I asked Vikram ‘whether you made a good film or not?’ and with my current track record of films, I am no one who should ask him whether he has made a good film or not. But when you work for so many years, you can be a bit patronizing. I told him to make action and comedy films, but he said ‘I made this film from my heart’, so I think there is no better film in the world when it comes from the heart, so I hope this film reaches everybody.”SRK shared that the main aim of making a film is to invoke feelings of compassion, love, togetherness and goodness," he said.

He further added, “I think the whole purpose of a film and storytelling sometimes is to invoke a feeling of compassion, love, togetherness and goodness in spite all the emotional swings that we might face. I feel every film and every story’s main aim is to remind us that we are not alone in our journey of good and evil.”

Speaking to Filmfare recently, Shah Rukh Khan recently revealed the reason he has not selected his next project. “I have no film with me right now. I am not working on any film. Usually what happens is when your one film is coming to an end, you begin work on your next film and I get involved within 3-4 months. But this time I am just not feeling like…My heart doesn’t allow me to..I just felt that I should rather take time out, watch films, listen to stories and read more books. Even my kids are in their college stage…my daughter is going to college and my son is about to finish his studies. So I just want to spend more time with my family,” he said.