Last Updated 08.12.2022 | 11:29 AM IST
feedback language
follow us on
Bollywood Hungama » News » Bollywood Features News » SEVENTEEN gets you grooving with the retro feels in the ‘Home Run’ music video from ‘Semicolon’ album

The year is almost coming to an end but not without some of the most awaited comebacks in the Korean music industry. One of the highly anticipated albums 'Semicolon' from the popular K-pop group SEVENTEEN dropped this afternoon on October 19. The six-track mini-album is accompanied by the title track 'Home Run' music video makes you nostalgic. 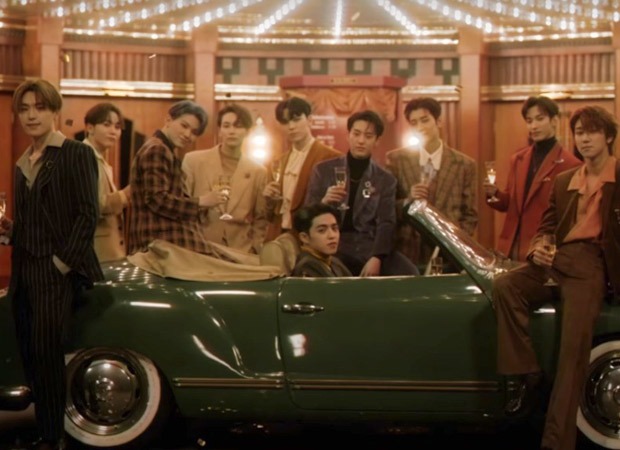 Written by Bumzu, Nmore, Seungkwan, Vernon, and Woozi, 'Home Run' brings back the good old days of heist movies that revolved around underground places to play poker, planning the heist, stealing diamonds! The old school-era themed music video gives an exhilarating feeling as the members chart out their plan!

One thing that is constant in the entire music video is the 'DIAMOND'. Diamonds are known to be a symbol of everlasting love and yield innocence and positive energy. In the context of the music video, the members of SEVENTEEN are trying to reflect on the fact that just like diamonds, our innocent youth is precious so we should live every moment spreading love, joy, and cheerfulness. The music video ends with a huge sign board that reads "FOREVER DIAMOND". The lyrics reflect the sentiments beautifully - "Keep your head up / We'll wake up to a new tomorrow / Hey you throw that ball / Let's have some fun / As much as we can / When life chases after you / You're busy running away / Why the game of hide and seek? / Let's play something else."

In times like these, when everyone is in need of comfort and joy, the song truly resonates with everyone as it gives you a sense that the song was composed thinking about the fans in mind.  The swing genre-based song following the retro rhythmic beats with slick choreography and cinematically beautiful concept truly brings out the best of SEVENTEEN. According to Pledis Entertainment, "the song portrays the excitement that the phrase ‘HOME RUN’ conveys with cheerful and rhythmical sound. It conveys powerful support and comfort to the youth with limitless potentials."

Pledis Entertainment further reveals, "‘Semicolon,’ which is a punctuation mark used when you pause a sentence and then resume again, is used as a metaphor to portray the ‘time to take a breath’ and ‘time to laugh and enjoy together.’ SEVENTEEN, as the youth who are living in the same time period as the other youth who are fighting alone and struggling through their lives, uses this metaphor to convey their hopeful and empathic message through the album to comfort and cheer for the youth."

This was followed by their Japanese mini-album release '24H' in September. They also held a virtual fan meeting called CARAT LAND 2020.

The group's main vocalist Seungkwan is one of the featured artists on K-drama Record of Youth's OST 'Go' which released on September 7. On September 17, members Joshua and DK dropped a collaboration with American singer-songwriter Pink Sweat$ as they featured on the song '17'.

ALSO READ: SEVENTEEN to drop their comeback album in October