K-pop group SEVENTEEN is thriving! Their latest comeback with 8th mini-album 'Your Choice' has already a million-seller already. Released on June 18, the album was accompanied by the music video for the title track 'Ready To Love'. Kicking off the celebration with US promotions, the self-producing group made their way to Jimmy Kimmel Live to perform their foot-tapping number. 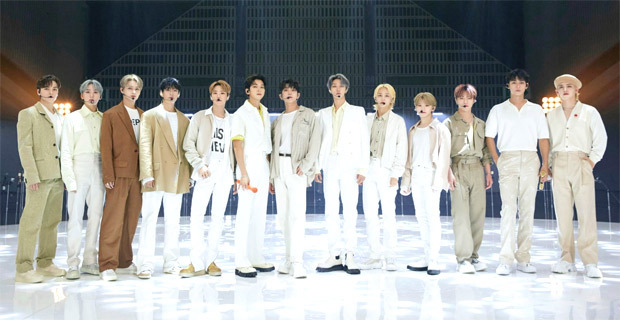 On June 21, according to Hanteo Chart, SEVENTEEN’s latest album surpassed 1,050,903 copies sold. The mini-album was released on June 18 and sold over a million copies in just four days. With 'Your Choice', the group becomes quadruple million sellers. The group achieved this status earlier with the seventh mini-album 'Heng:garæ', the special album 'Semicolon', and their third studio album 'An Ode'. As of June 23, the group has sold 1,300,000 copies on Hanteo Chart.

The group is currently in quarantine. The parent company of the group, Pledis Entertainment, has put a halt to the promotions. According to their statement, one HYBE company staff and external staff tested positive for COVID-19 on June 18 and June 19. As a precautionary measure, the company has decided to postpone the promotions.

Meanwhile, the group's members Hoshi, The8, and Wonwoo, and Mingyu earlier released their solo work earlier in April. The South Korean group dropped their third Japanese single titled 'Not Alone' or 'ひとりじゃない' (Hitorijanai). The single pre-released on the music platforms on April 15, 2021, and the music video released on April 18, 2021.