Sara Ali Khan, from the Nawab dynasty, was recently seen charging money for selfies and giving autographs. While fans on the streets were perplexed by this, let us tell you that she did this as a part of The Khatra Khatra Show. Accompanying her on the streets was also the host of the show Bharti Singh. 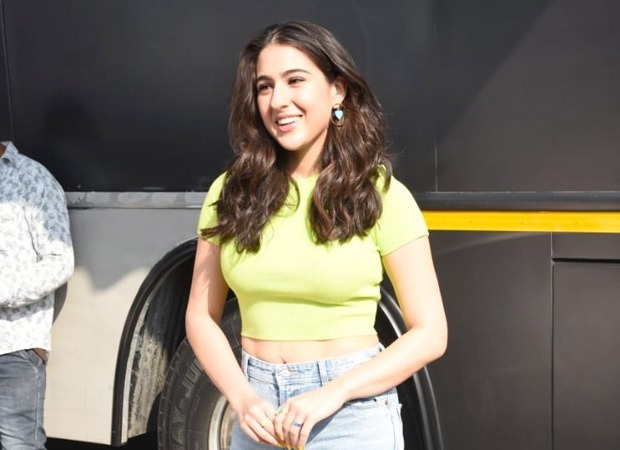 Sara Ali Khan asks for money to take selfies. Watch this hilarious video to find out why!

A recent video of Sara Ali Khan and Bharti Singh walking down the street asking for money found its way to social media. The duo did this as a part of the comedy show The Khatra Khatra Show wherein the actress was given this hilarious task of earning money. The video starts with Sara on the streets, shouting, “Hello, paise dekhe selfie kichva lo.” On the other hand, Bharti, in her own comic ways, was seen giving hilarious commentary on Sara’s actions as well as the unique demands of the pedestrians.

Not just that, Saif Ali Khan’s daughter also sang the popular song from the Kajol, Shah Rukh Khan starrer Baazigar, ‘Yeh Kaali Kaali Aankhen’ to one of the pedestrians. She also signed autograph for a couple who was walking down that street. The funny video seems to have found its way on social media and has been garnering a lot of attention.

The Khatra Khatra Show is produced by Bharti’s husband Haarsh Limbachiyaa and it airs on Colors TV. It also streams on VOOT and has completed about 3 seasons with many celebrity guests making an appearance. Co-actresses like Sonakshi Sinha, Sunny Leone and many other television celebrities have been a part of this show.

On the work front, Sara Ali Khan has wrapped up the shoot for Gaslight with Vikrant Massey. She also shot with Vicky Kaushal for Laxman Utekar’s forthcoming directorial.