Salman Khan is all set to smash records with yet another blockbuster, Bharat and there are a lot of expectations from this one for sure! On the eve of the release of this magnum opus, Salman took to Instagram to share a down the memory lane picture with none other than his Maine Pyaar Kiya director Sooraj Barjatya and what’s more? Arbaaz Khan and Sohail Khan too are a part of this frame. 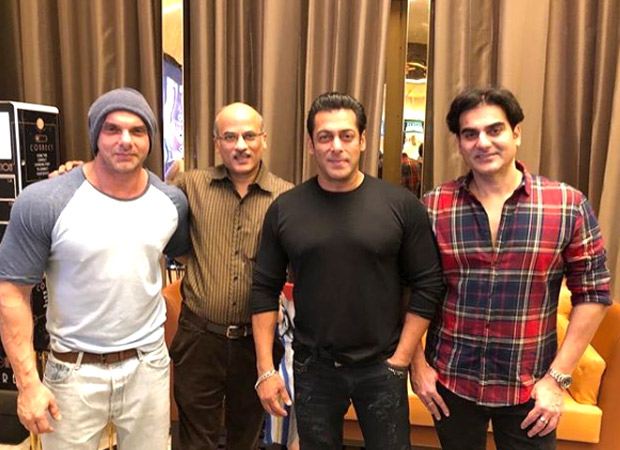 Salman captioned the picture as, “Hum sab saath saath hain #Bharat” which has made us wonder, what’s cooking? Now we know that Sooraj has been planning a movie with Salman for ages and it is very likely that even Salman is on board the film, but it is making us curious if it has Sohail and Arbaaz too?

Salman Khan is currently shooting for Dabangg 3 and he will jump on to Sanjay Leela Bhansali’s project after that. There are rumours that he will do Kick 2 after Inshallah.

Also Read: Salman Khan says Race 3 worked at the box office even with all the negativity around it