It is a known fact that many fans are rejoicing the fact that Salman Khan and Katrina Kaif are reuniting on screen after Tiger Zinda Hai. Moreover, Bharat will also feature them as husband and wife too. While fans are excited to see their chemistry on screen, the two of them have already given a glimpse of their off screen camaraderie during the film’s promotions. So when Salman was recently questioned on social media about not following Katrina on Instagram, the funny actor had an interesting response for it. 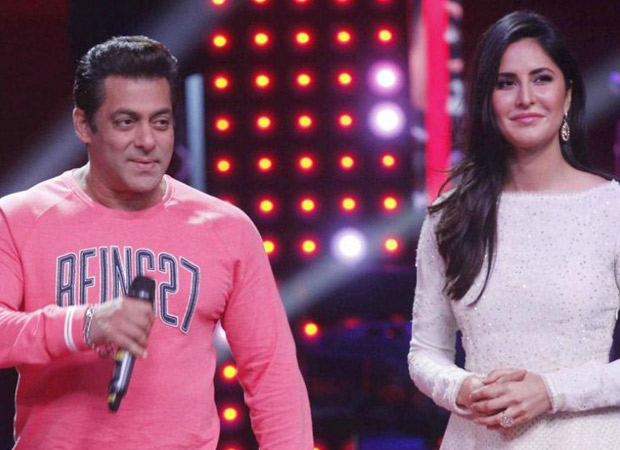 In a song launch of ‘Zinda’ that was held last week, Katrina Kaif had told Salman Khan that he needs to up his Insta game. Fans would be aware that Katrina, who made her debut on Instagram recently, has found the medium to be quite interesting and often shares stories and posts. Later, the actress was quizzed further, as per reports, as to what suggestion she would have to help Salman up his Insta game. During the same, Katrina replied that she wants everyone to ask the superstar if he follows her on Instagram.

So when Salman Khan was asked the question suggested by Katrina, the actor had a quirky response. The actor said that he follows her everywhere and even now he would go and drop her right outside her house! It seems that here’s where everyone around including Katrina burst out laughing.

Besides Salman Khan and Katrina Kaif, Bharat also stars Tabu, Jackie Shroff, and Sunil Grover amongst others. The film is directed by Ali Abbas Zafar and is the remake of the Korean drama Ode To My Father. It is produced by Atul Agnihotri and Bhushan Kumar and it is slated to release on June 5, marking the occasion of Eid.