Heir-apparent Yohan Blake and World 100m and 200m stalwart of Jamaica, who landed in India earlier this week, caught up with Salman Khan and Jacqueline Fernandez on her set today. 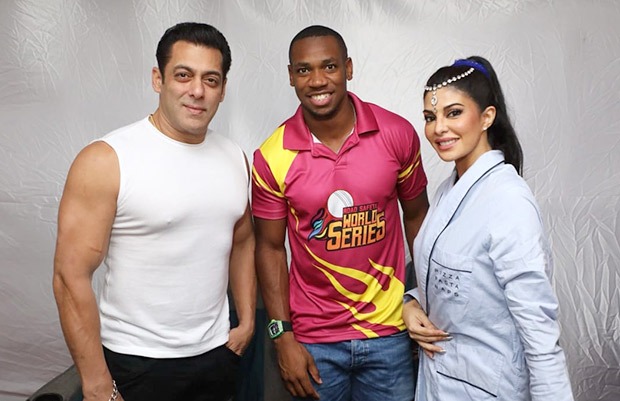 Jacqueline Fernandez shared, "Had a great conversation with @yohanblake on his amazing success and all things fitness! Thanks for taking the time to visit our set and all the best for the Olympics 2020. @beingsalmankhan"

They engaged in a freewheeling conversation on entertainment and fitness. Blake played complete sport as Fernandez taught him a few Bollywood dance steps and helped him experiment with some local Mumbai gourmet. Joining them on the set was Salman Khan. 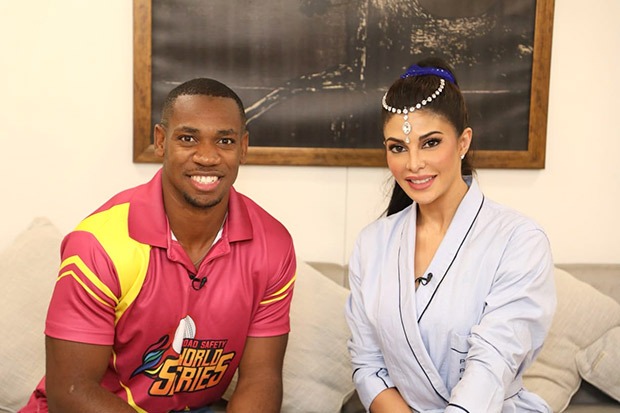 The youngest ever sprinter till date whom Bolt has dubbed ‘The Beast,’ is on a promotional spree to create awareness towards road safety in India where around 1,50,000 people are killed and more than 4,50,000 people are critically injured in road accidents every year. 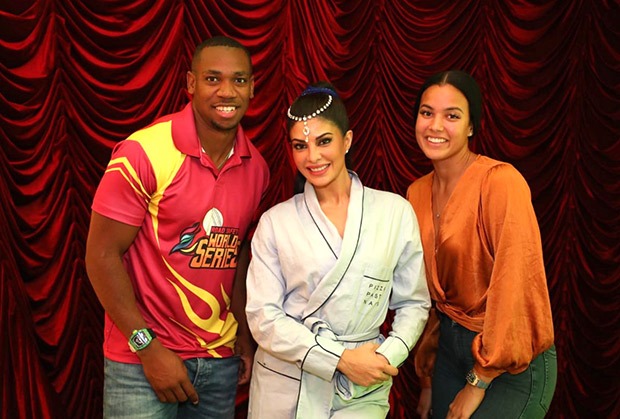 Blake who is preparing for the 2020 Tokyo Games, has collaborated with the Road Safety World Series, a T20 cricket event to be played between legends of India, Australia, South Africa, West Indies and Sri Lanka in February 2020 in Mumbai, Navi Mumbai and Pune. While former cricket legends like Sachin Tendulkar, Brian Lara, Jonty Rhodes, Muttiah Muralitharan, Brett Lee and Virender Sehwag are among the 110 cricketers to have committed to playing in the tournament — created to raise awareness about road safety — Blake has been brought on board as the ‘Road Safety Champion’ of the West Indies Legends team while Sachin Tendulkar is the Brand Ambassador of the series and Sunil Gavaskar is the Commissioner of the series.

Had a great conversation with @yohanblake on his amazing success and all things fitness! Thanks for taking the time to visit our set and all the best for the Olympics 2020 ???????? @beingsalmankhan