When I heard of Yusuf Saab passing away, my first thought was; what was his wife Sairaji going to do now? For 55 years until his death on July 7, Sairaji did nothing except look after her husband. Ever since he started keeping ill health she had no life of her own. Monitoring his health 24/7 she barely had time for herself to even breathe properly. 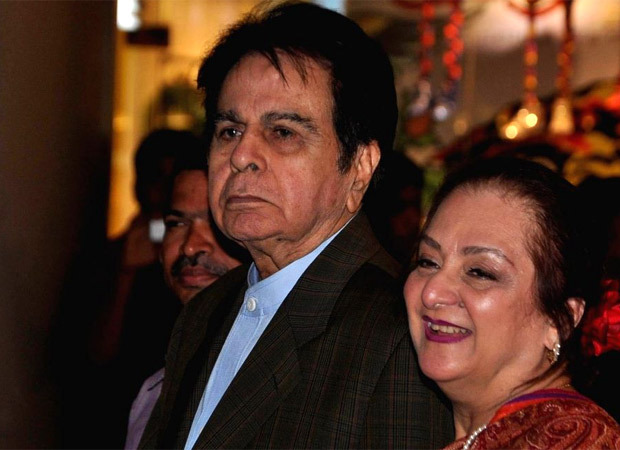 Sairaji once told me "I don’t miss having a child because Saab is like a child". They are the ideal couple. As a very close family friend Lata Mangeshkar said, "Every breath that Sairaji takes is for Yusuf Saab. I haven't seen a more devoted wife in my entire life."

Sighed, the besotted wife, "Looking after Saab, his life and his home now comes naturally to me. Saab never asked me to give up my career. In fact, he encouraged me to continue acting after marriage. But, after a while, my heart was not in my career. I just wanted to take care of Saab."

And no regrets about no children "Our marriage is the most important thing in my life. I don’t miss having a child because Saab is like a child at heart.”

In his 55-year-old marriage with yesteryears’ beauty queen Saira Banu, the mighty thespian Dilip Kumar has strayed only once. This was in the early 1980s. Before their marriage there were innumerable link-ups with timeless beauties Madhubala, Waheeda Rehman and Vyjanthimala among others. The movie industry was shocked into silence when the 22-year-old beauty Saira Banu grabbed the privilege of marrying the mighty Yusuf Khan. In their long and scandal-free marriage, only once did the marriage hit shaky ground when Yusuf Saab was apparently “trapped” into marrying a fan named Asma. Saira bore the humiliation stoically. She knew her ‘Saab’ would come to his senses. He did.

Said Saira, “For me, it was always Saab, no one else. I was his fan from the time I can remember. While still a teenager, I wanted to be his wife. I am very headstrong and once I made up my mind, there was no stopping me. I knew many beautiful women wanted to marry Saab, but he chose me. It was my dream come true and that's what my marriage has been — a perfect dream."

Recalling her time spent in Chennai during the days when the couple had hectic shooting schedules Saira says, “Because Yusuf Saab was doing a lot of Chennai-produced Hindi films after Kohinoor we shifted base to Chennai and moved into a home owned by a friend. I had decided not to work after marriage. But then I got good offers like Padosan and Shagird. And Yusuf Saab encouraged me to take up these offers. We shot on two studio floors separated only by a small gate. So you see Chennai holds wonderful memories for us both. The people in both Chennai and Mumbai are equally cultured and well-informed. To see Chennai devastated this way is deeply saddening to both of us.”

When I had commended her on nearly 50 years of looking after her husband and Saira Banu shoots back, “What are you saying? It has been entirely my privilege and honour. Main toh unke paon ki dhool bhi nahi (I am not even the dust on his feet). He could have married anyone, any woman he wanted. He chose me. I consider myself very, very fortunate. I always call him the Kohinoor of the film industry. I am lucky to be so close to him for so many years. I couldn’t have chosen a better life. I can’t imagine any other life for me.”

I pointed out to her that Dilip Saab was fortunate to have such a devoted wife and she jokes, “Haan, I guess if I was chosen to be his wife I must be special. Unki biwi hone ke liye calibre honi chahiye (to be his wife one needed to be of some calibre). But seriously, all Indian wives look after their husbands. In my family I’ve seen women being devoted to their husbands. I grew up watching that. To me, it is a very natural thing.”